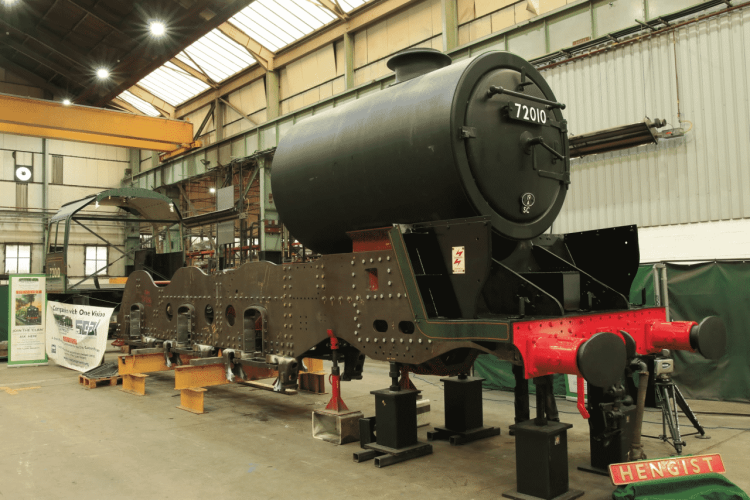 The Standard Steam Locomotive Company (SSLC), which is building a new Clan class Pacific steam locomotive, is holding an open day when members of the public will be able to see progress being made in building the new locomotive.

The open day is being held from 9 am to 4 pm on 17th September at the Hengist Locomotive works on the premises of CTL Seal, Butterthwaite Lane in Sheffield. Drivers travelling from the north should use the postcode S35 9WY, or if travelling from the south, use S35 9WY.

There will be free admission for members of the B17 Project, whilst the admission fee for non-members will be £3. Free tea, coffee, and refreshments will be provided.

SSLC is building the locomotive, No. 72010 Hengist, using the original British Railways engineering designs for the locomotives. It is being constructed by CTL Seal Ltd at their factory in Sheffield, with the frames already assembled, and many components have been ordered against the exacting standards needed to ensure the locomotive can operate safely and reliably on the main line network.

Ten Clans were built between 1951 and 1952. A further 15 were planned, and some of these had been allocated names and numbers, with Hengist set to be the next one to be built.

However, a combination of steel shortages and the adoption of diesel traction power led to the cancellation of production in 1955. The entire class was scrapped in the 1960s, with none of the original locomotives preserved.

Visitors will be able to inspect Hengist’s frame structure, including the newly riveted front buffer beam, and see progress on the front bogie at firsthand. It is envisaged that tours of the works will be available in the afternoon subject to guides being available.

The new Hengist will feature modern materials and safety systems to comply with today’s more exacting requirements, but will otherwise remain faithful to the original 1950s designs. SSLC plans that Hengist will have a ‘go-anywhere’ capability, so that it can potentially operate on large parts of the GB rail network, as well as heritage lines around the country. Due to the use of modern materials and construction practices, there should be a benefit from lower maintenance and running costs. 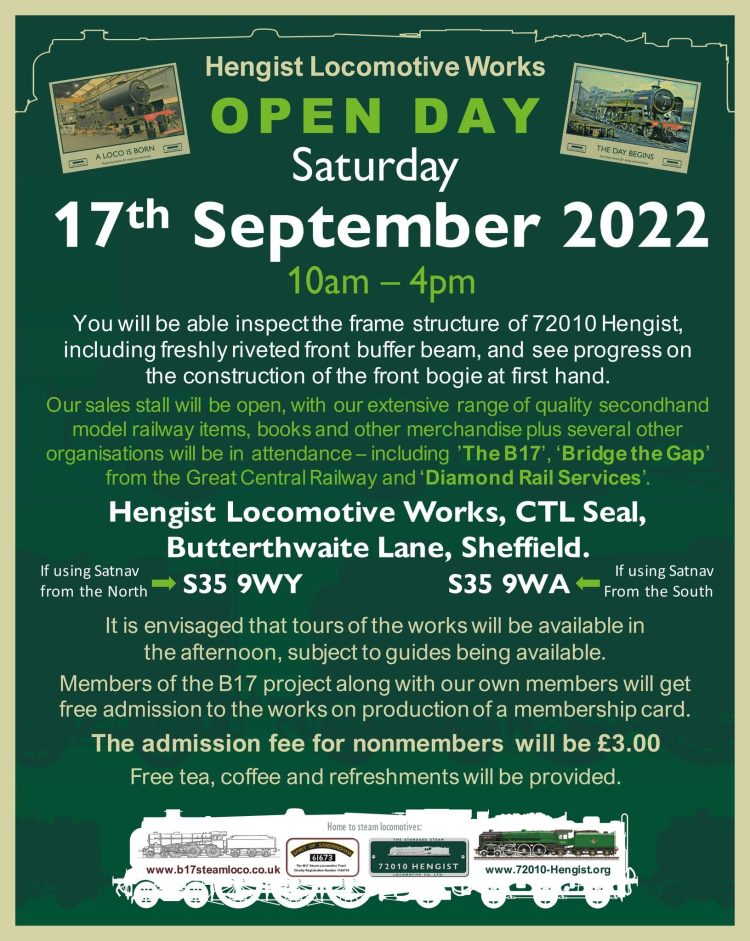 Steam locomotive to pass over Ribblehead Viaduct this Thursday