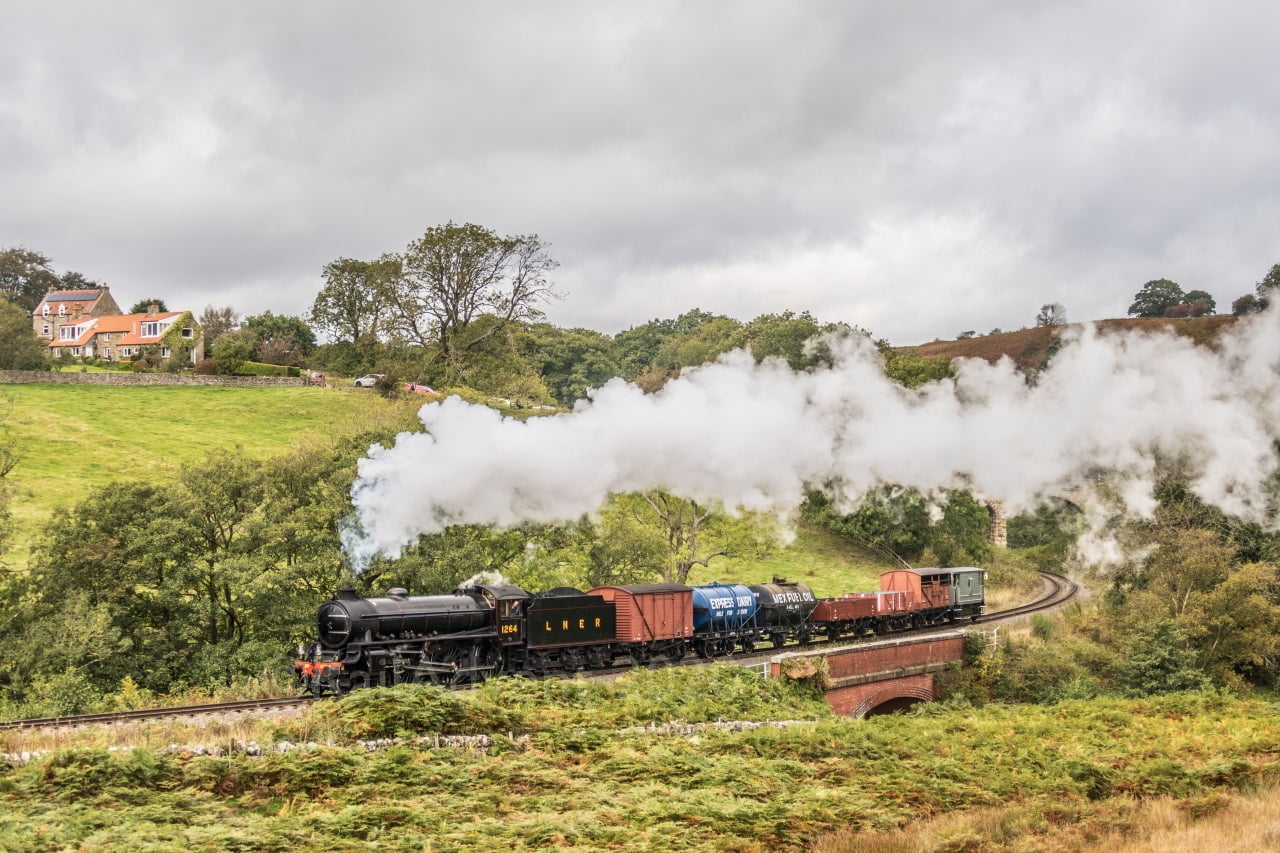 The Thompson B1 Locomotive Trust has announced that LNER B1 No. 1264 is to move away from the North Yorkshire Moors Railway ahead of its next overhaul.

After being based at the North Yorkshire Moors Railway for the last ten years, 1264 is moving to the Nottingham Heritage Railway for its next overhaul to begin.

1264 last ran at the North Yorkshire Moors Railway in 2019 but was withdrawn from traffic in March 2020 when cracks were found in the firebox.

These will be fixed as part of the overhaul but will probably mean that a new inner firebox will be needed. Attention will also be focussed on the axleboxes, hornguides, new tender tank and new tyres.

The good news is that the aim is to keep the B1 mainline registered, and the NHR is due to be mainline connected in the near future.

Dave Horton, Secretary of the TBLT, said, “We are very grateful to have had the opportunity to operate at the NYMR over the last decade and we have made many friends there. However it has been a struggle to support the locomotive from such a distance and because many of our members and in particular our engineers are based in the Midlands, it is time to bring the loco closer to home. We are committed to keeping the locomotive available for both heritage railway and mainline work.”

Chris Price, the NYMR’s CEO commented that, “The B1 has been a popular and dependable performer on a line to which it is ideally suited, so we are sorry to see it leave. We wish the Trust well with the funding of the next overhaul and the Locomotive’s early return to service”.

Donations towards the overhaul can be made on the Thompson B1 Locomotive Trust website. Class 56 diesel locomotive 56097 with its associated spares and support vehicles is being offered for sale from...