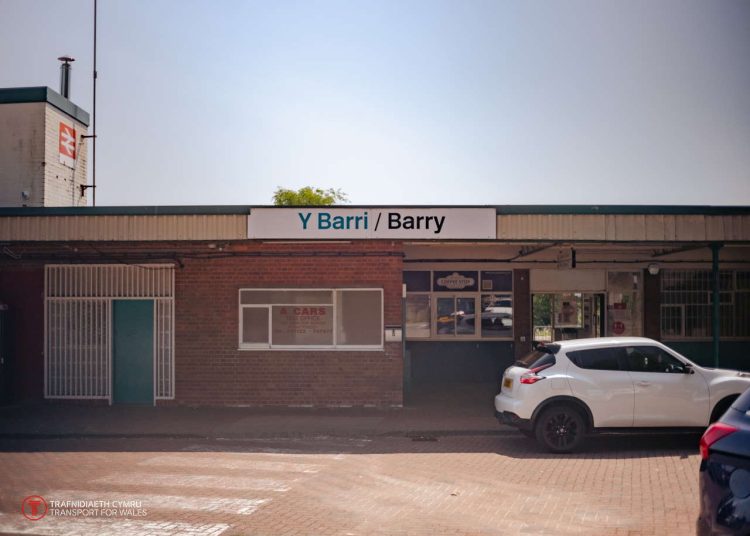 The acquisition by Transport for Wales of the huge depot site along with the surrounding rail infrastructure from Vale of Glamorgan Council has established the location as a key strategic asset and as the first of TfWs brand new trains arrive in Wales, the new Barry yard will offer essential additional capacity for stabling trains.

At first, Transport for Wales intended to use the Barry site to stable some of its current fleet which are operating on Vale of Glamorgan Line services but future plans will now see it support all of its fleets in delivering the South Wales Metro.

The purchase of the site and infrastructure also includes the Barry Island station building along with the land surrounding the station and Barry Tourist Railway which will continue it operations from Barry Island by Cambrian Transport Ltd.

“The purchase of the depot, buildings and surrounding land provides us with a unique opportunity to develop Barry’s role as a strategic hub in the South Wales Metro, as well as allowing us to operate a more resilient railway.

“The railway has historically played a vital role in the town of Barry, from the development of the docks through to the world-famous Woodham Brothers scrapyard from where 213 steam locomotives were rescued, fuelling the railway preservation movement across Britain. We’re delighted to be continuing that tradition with our investment in the stabling yard site.”

“The Council is pleased to be working with Transport for Wales on this project, one that will transform Barry Railway Depot and neighbouring land into an important facility for this area’s rail network.

“It will form a key part of plans to modernise rail services in South Wales and helps address the issue of climate change as the trains are environmentally friendly.

“Supporting green initiatives is important to the Council and aligns with our Project Zero commitment, which aims to make the organisation carbon neutral by 2030.” Train services will be disrupted through the Bristol Parkway area on Sundays for the rest of this month,...