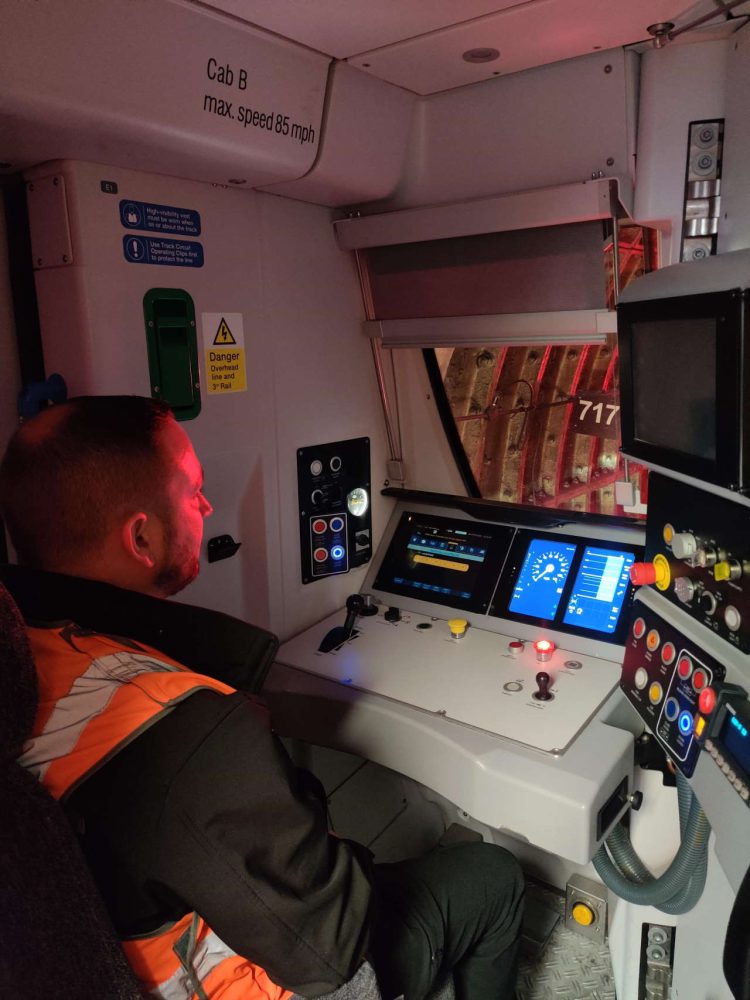 A Great Northern train running between Finsbury Park and Moorgate in the early hours on Sunday, 29th May marked the start of testing of the Northern City Line’s new digital signalling system.

Testing is being carried out with a Great Northern Class 717 train and is an important milestone in the East Coast Digital Programme, which will ultimately see traditional signals removed from the tracks along this route. Digital signalling reduces delays and enables a more reliable service for passengers.

An ongoing intensive period of testing will now take place to ensure that the train fleet, which is already fitted with the necessary technology, works well with the new digital signalling infrastructure that communicates directly with train cabs.

To minimise disruption to passengers as much as possible, testing is taking place overnight and at weekends and will continue throughout 2022 to ensure complete assurance of its safety and reliability. Driver training and migration to digital signalling operations are due to commence early next year, whilst the Northern City Line is expected to operate solely using digital signalling in 2024.

In September last year, a test was carried out with a Class 717 using the Thameslink European Train Control System (ETCS) Level 2 (3.4.0 onboard over 2.3.0d trackside) in the Thameslink ‘core’ between St Pancras and Blackfriars The testing now being undertaken on the Northern City Line involves similar equipment.

“The running of the first Northern City Line train in digital signalling as part of the test campaign is a big moment for the East Coast Digital Programme, this is the first step to migration following the successful upgrade of the system earlier in May which will change the way the railway works to deliver a more reliable service.

“We are working in close partnership with Great Northern and Siemens to deliver the extensive testing required to ensure we can proceed to the next stage of transforming this route into the capital.”

Oly Turner, Head of ERTMS at Govia Thameslink Railway which operates Great Northern, said: We’re thrilled with this landmark use of digital signalling along our route to Moorgate. Working with Network Rail and Siemens, we prepped carefully for this day and it was rewarding to see the train perform well. I’m looking forward to proving the system in time for driver training to begin next year.”

“This project is a prime example of how sustainable investment in digital technology can unlock benefits and support growth in the UK economy and we’re proud to be a part of it, bringing technology, people, skills and our UK supply chain to transform the everyday journeys of passenger and freight, and the communities along the line. Working collaboratively with Network Rail and GTR we were able to achieve this milestone, bringing us one step closer to delivering a next-generation railway.”