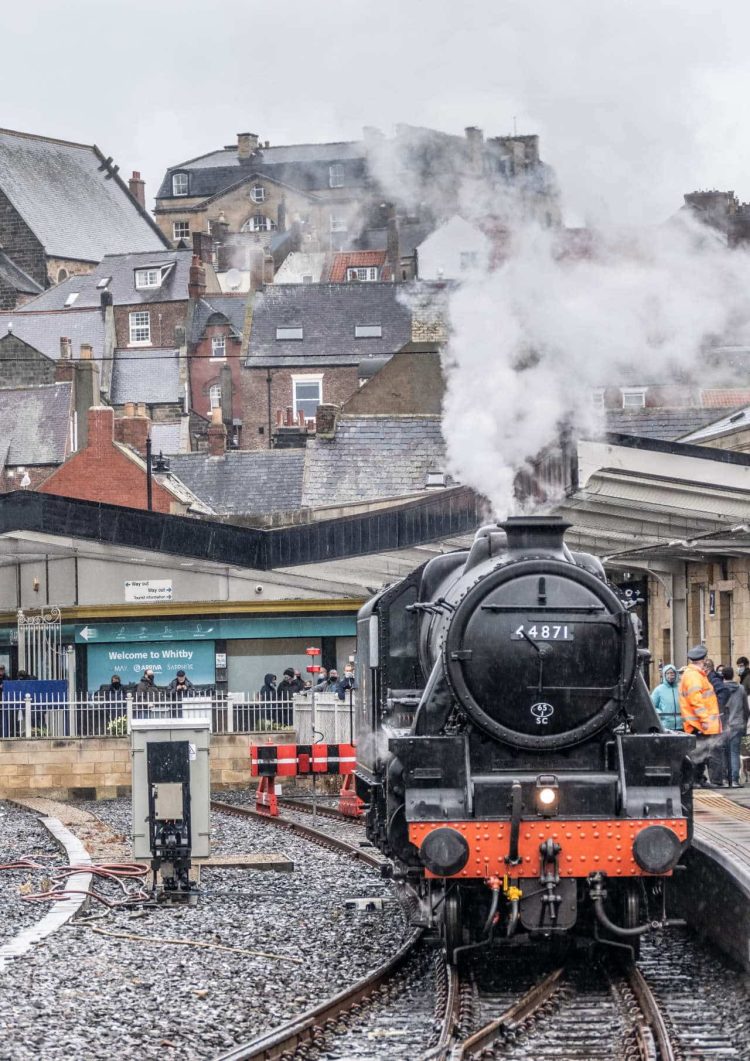 The North Yorkshire Moors Railway has announced that they have made some changes to their timetable this week due to the upcoming RMT strike action.

On strike days, the North Yorkshire Moors Railway says that coaches will replace trains between Grosmont and Whitby for passengers on The Seaside Special or Yorkshire Express.

Laura Strangeway, Director of Corporate Services said: “Unfortunately due to the planned rail strikes, the main network will not be operating Nunthorpe Signal Box, which will impact our access into Whitby Railway Station. To minimise disruption a rail replacement coach service will be in place for passengers travelling on either the Seaside Special or Yorkshire Express services between Grosmont and Whitby. The scheduled timetable will go ahead as planned, however we have reduced capacity on these services to be able to transfer passengers from the heritage line to Whitby Station.”

“As a registered charity navigating its way through unprecedented times post Covid-19, we ask passengers to come and support the railway by travelling along the heritage line. We have increased capacity on our Moors Explorer services between Pickering and Grosmont with passengers having the opportunity to visit Goathland Station, which appeared as Hogsmeade in the first Harry Potter film and, the heart of the North Yorkshire Moors Railway, the engine sheds at Grosmont.” The North Yorkshire Moors Railway (NYMR) has announced the return of its annual Light Spectacular event with tickets...