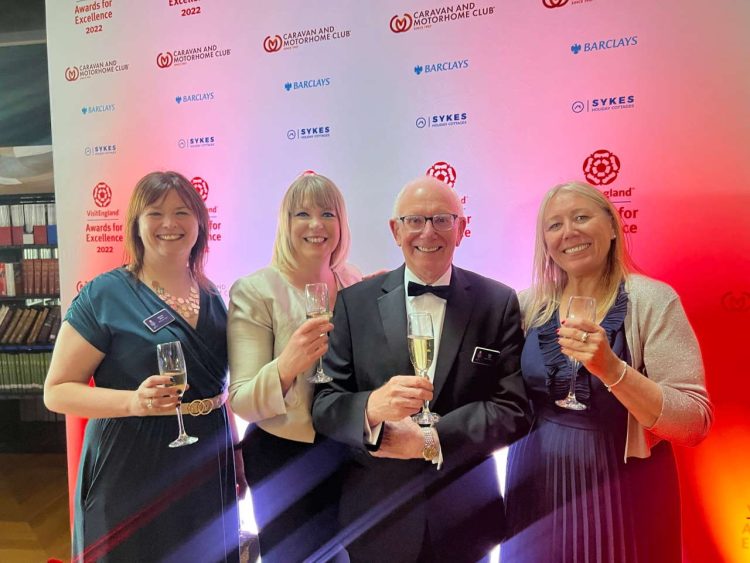 The SVR won the county-level Visit Worcestershire award for Resilience and Innovation in an earlier stage of the competition. What impressed the judges were the improvements the SVR had made in its virtual experience, digital PR, collaborations, wider tourism support, and business diversification. They called the organisation ‘an inspiration to others’ and highlighted the railway’s apprenticeship scheme.

For the bronze award, the railway beat off tough competition from hundreds of visitor attractions across England. Widely considered to be among the most coveted accolades in English tourism, the VisitEngland Awards for Excellence champion the very best of the country’s tourism industry, celebrating quality, innovation, and best practice.

Chairman Mike Ball, managing director Helen Smith, Shelagh Paterson of the SVR’s Charitable Trust, and Michelle Bevon of the SVR Company Limited attended a prestigious ceremony at the Library of Birmingham, along with representatives of tourist attractions from across the country. The evening was hosted by broadcaster Clare Balding CBE.

“To have received this recognition at a national level for Resilience and Innovation is something that every single one of us at the SVR should be proud of.

“Since those first days of lockdown, we’ve faced countless difficulties in getting the Railway through the devastating impacts of the Covid pandemic. We’ve proved ourselves capable of more than we’d ever thought and this award acknowledges that achievement.”

“We’ve overcome each and every difficulty that’s been thrown at us. Huge congratulations to our more-than-1,600 volunteers who, along with members of paid staff, have shown the Severn Valley Railway’s true resilience and innovation.”

The railway is currently running five days a week, Wednesdays to Sundays. During the summer holidays the railway will be running a Summer of Sport-themed days. These will start on Saturday, 23rd July, when the SVR’s now-famous purple locomotive, No. 70 ‘Elizabeth II’ will host a section of the Queen’s Baton Relay in the final build-up to the Birmingham 2022 Commonwealth Games.