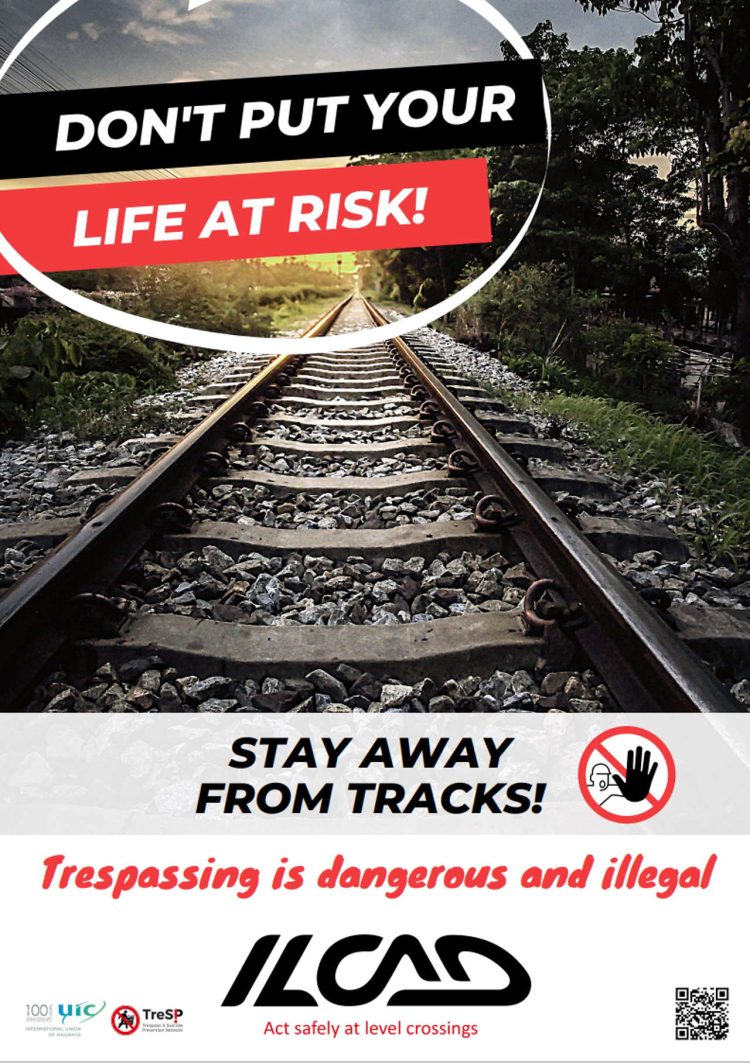 Network Rail Scotland partnered British Transport Police (BTP) in ILCAD 2022, with this year’s motto being “Don’t put your life at risk, stay away from tracks!”

This hard-hitting message was chosen because many countries have reported an increase in inappropriate behaviour at level crossings and near the railway during and since the pandemic.

ILCAD marks the start of Network Rail’s summer safety campaigns, in which the railway industry will work with BTP, Police Scotland, councils, and charities to raise awareness of rail safety in communities across Scotland.

To try and deter this dangerous and often criminal behaviour, BTP and Network Rail identified several locations in Scotland that are regularly misused. Level Crossings identified with a history of misuse on Scotland’s Railway include:

Team members from both organisations attended some of the locations on 9th June to remind the public of the importance of rail safety and of staying away from the tracks.

You can check where your nearest level crossing is, by visiting the Networ Rail website here.

“Misusing a level crossing can be incredibly dangerous. Ignoring warning signs and instructions can have devastating repercussions and we want to warn the public not to put their lives at risk.

“We work closely with British Transport Police to raise awareness of the dangers of misusing crossings, and with local councils and other stakeholders to educate the public on how to stay safe near the railway.”

“Each year, hundreds of people take risks on and around the railway, resulting in tragic consequences and life-changing injuries.

“We are continuing to proactively patrol the railway network across Scotland. Safety is our number one priority and we’re reminding everyone of the importance of taking care around the railway and that everyone loses when you step on the track.”