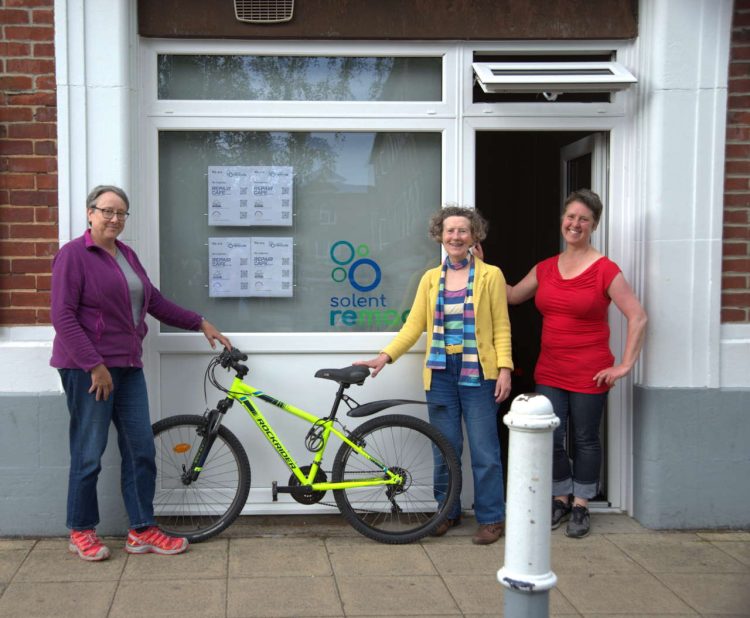 An old parcels office at a Hampshire railway station has been converted for use as a local community space.

A redundant room at Havant station is now the home of a thriving new community asset, after South Western Railway (SWR) agreed to hand over the space to the local Community Interest Company (CIC), Solent Remade.

The office at the station was last used as the station’s taxi office. However, it was unlikely that it would be used for that purpose again, so SWR sought to find a community use for it. After working closely with Solent Remade, SWR agreed to lease the space on a peppercorn rent to the CIC, who could use it as a hub for resource repair, reduce, or reuse projects.

The refurbishment of the space was supported by Community Rail Network, Hampshire County Council, and UnLtd, which funds and supports social entrepreneurs. A refit is currently underway with volunteers joining in to decorate the interior, thanks to a Small Grants Fund grant from Community Rail Network.

Although the refit is not yet finished, Solent Remade piloted its first monthly bike basics drop-in session on Monday, 16th May. The space is already being used to store equipment for Havant Repair Café and the Solent Cycle Project. It is also storing items for their emerging ‘Library of Things’, which is a social enterprise that helps people save money and reduce waste by affordably renting out useful items. As the project attracts new supporters and volunteers, it hopes to hold more such events.

Solent Remade is just one of many community groups which are finding new and practical uses for SWR’s redundant spaces that otherwise might stay empty for years.

Anne Sayer, a Director of Solent Remade, said: “We can’t express our gratitude enough to all those organisations that have helped us make this project a reality – especially South Western Railway and Community Rail Network, without whom it really would not have been possible”

“Solent Remade is looking forward to using the space to make a real difference in the local community”.

Paula Aldridge, SWR’s Community Rail Manager, added: “We are absolutely delighted to have been part of this project and to help Solent Remade find a new home.

“This is another great example of how empty spaces at stations can be transformed for the benefit of the local community”.

South Western Railway (SWR) has now begun a new trial to aid those with sight loss.