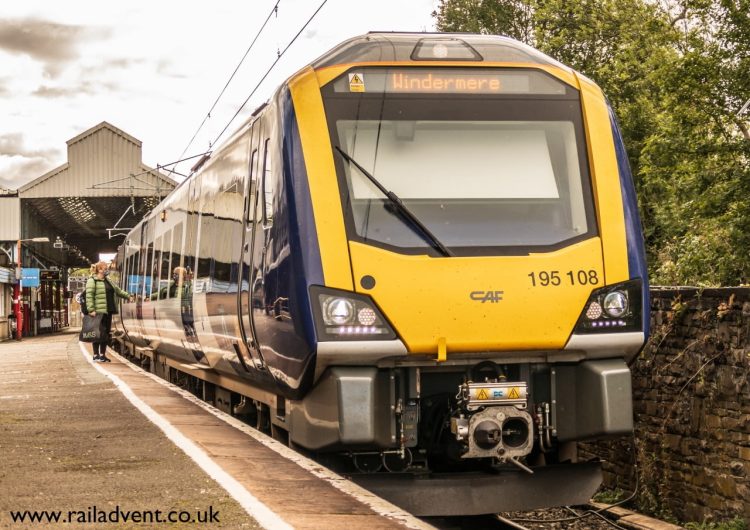 The rail industry has been responding to the announcement that RMT members from Network Rail, 13 train operators and London Underground will be striking this June.

50,000 workers will go on strike later this month in what the RMT Union says is the biggest dispute on the network since 1989.

The UK’s railway network could be affected on the 21st, 23rd and 25th June.

Additionally, on the 21st June, London Underground members will go on strike.

Network Rail says that it will cost them £30m each day if the strike action goes ahead, which goes against the ability to afford any pay rises.

NR also said that whilst passenger numbers on the rail network have recovered slightly, it is still only at 75% of what pre-pandemic levels were – and £16bn was contributed by the UK government during the pandemic so that not a single worker was furloughed.

The Rail Delivery Group has urged the RMT union to call off the strike action, saying that it will cause significant disruption to businesses, passengers and key workers such as NHS workers.

It also said that the final timetables for the strike days will be confirmed in the coming weeks.

A number of statements have since been released following the news, which you can see below:

RMT general secretary Mick Lynch said: “Railway workers have been treated appallingly and despite our best efforts in negotiations, the rail industry with the support of the government has failed to take their concerns seriously.

“We have a cost-of-living crisis, and it is unacceptable for railway workers to either lose their jobs or face another year of a pay freeze when inflation is at 11.1pc and rising.

“Our union will now embark on a sustained campaign of industrial action which will shut down the railway system.

“Rail companies are making at least £500m a year in profits, whilst fat cat rail bosses have been paid millions during the Covid-19 pandemic.

“This unfairness is fuelling our members anger and their determination to win a fair settlement.

“RMT is open to meaningful negotiations with rail bosses and ministers, but they will need to come up with new proposals to prevent months of disruption on our railways.”

Rail Delivery Group Chair Steve Montgomery, said:  “Today’s announcement is disappointing. We urge the RMT’s leadership to call off needless and damaging strikes and continue to work with us to ensure a fair deal for our people and for the taxpayer while securing the long-term future of the railways.

“No one wins in the event of a strike. Staff lose pay, the industry loses vital revenue making it harder to afford pay increases, and passengers and businesses are disrupted.

“While we will keep as many services running as possible, sadly if this action goes ahead, significant disruption will be inevitable. We therefore urge passengers to plan their journeys carefully and find alternative ways to travel during the strike period where possible.”

Responding to news of strike dates being announced by the RMT, Andrew Haines, Network Rail’s chief executive, said: “We continue to meet with our trades unions to discuss their pay concerns and we’re doing everything we can to avoid strike action on the railway. We know that the cost of living has increased and we want to give our people a pay rise, but the RMT must recognise we are a public body and any pay increase has to be affordable for taxpayers and passengers.

“Travel habits have changed forever and the railway must change as well. We cannot expect to take more than our fair share of public funds, and so we must modernise our industry to put it on a sound financial footing for the future. Failure to modernise will only lead to industry decline and more job losses in the long run.

“There are a few weeks until the first strike is planned. We will use this time to keep talking to our unions and, through compromise and common sense on both sides, we hope to find a solution and avoid the damage that strike action would cause all involved.”

A Northern statement said ” We are aware that RMT union have announced strikes the following dates: Tuesday 21 June, Thursday 23 June, Saturday 25 June. We are working hard to understand what this means for our network and will update our website once we know more.”

Angie Doll, Chief Operating Officer, Govia Thameslink Railway, said:  “We are extremely disappointed that passengers across the country now face the anxiety of rail disruption just as we are starting to recover from the pandemic. We urge the RMT to work with Network Rail and train operators to seek a swift resolution.

“Although RMT members at GTR voted only for action short of a strike, unfortunately we do expect our services to be very severely disrupted because of strike action affecting Network Rail and other train operators.

“We depend on Network Rail signallers and engineers to keep our trains moving, and our services connect with many lines and stations managed by other operators whose staff are taking action.

“We will provide more detailed passenger advice and information in the coming days.”

“We’re now working hard to understand what level of service we can run on these days and we will advise you as soon as possible.

“We expect significant disruption across our network. Most of our stations and routes will be closed and we will only be able to run a severely reduced service, so we strongly recommend you plan ahead, do not travel on these dates and make alternative plans. Most customers will be unable to travel and replacement buses or taxis will not be available.

“We want to make sure you’re fully refunded for not being able to travel. Information on how to claim fee-free refunds is available on our website (southeasternrailway.co.uk/industrial-action).

“We’re very sorry for the inconvenience and frustration this industrial action will cause.”