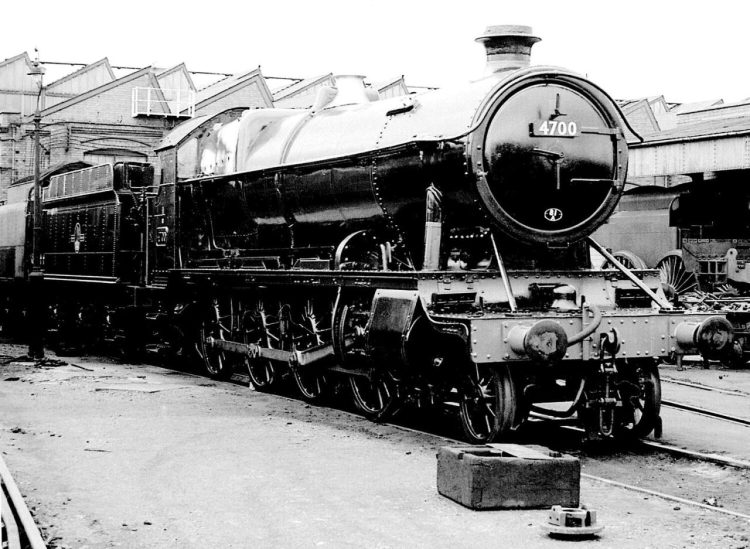 The project to re-create one of Churchward’s giant 4700 Class 2-8-0s is poised to gather significant momentum in the coming weeks.

The Night Owl project is building 4700 Class 2-8-0 No.4709. Provided that the group can recruit a number of additional volunteers, substantial progress should be achieved.

With two new, fully machined cylinders, a renovated and re-engineered pony truck and counterweight, and a new braking system, the critical front end elements are waiting to be mounted on the chassis. Once that has been completed, 4709 will be able to be mounted on its wheels and the project can move onto the next phase of the programme.

“Here’s an opportunity to contribute to a unique preservation project. Because of COVID and the manifold challenges in ingathering resources, 4709’s birthing process has taken way longer than we anticipated. We’re through the worst of that and now need to recruit additional skilled hands and minds to get 4709 done.”

Paul admits that despite the group’s best efforts, progress has been slow. He added:

“Until now, 4709 has been run by a tiny group of dedicated people. Despite that, we’ve persevered and to achieved a huge amount in recent months. The proof? The twin castings for the cylinders, plus any number of other components, including the renovated pony truck. Plans for the next major step – the smokebox are just about to get underway.”

With several high-profile overhaul and new build projects nearing completion, Paul is hoping to attract volunteers from other preservation locos. He commented:

“Those are critically important people with skills that are hard to find in this day and age. We’re hoping that by encouraging them to now join 4709, they can become part of a unique project and make a significant preservation contribution at the same time.”

To volunteer, or request additional information please use the form available online at: https://www.4709.org.uk/contact