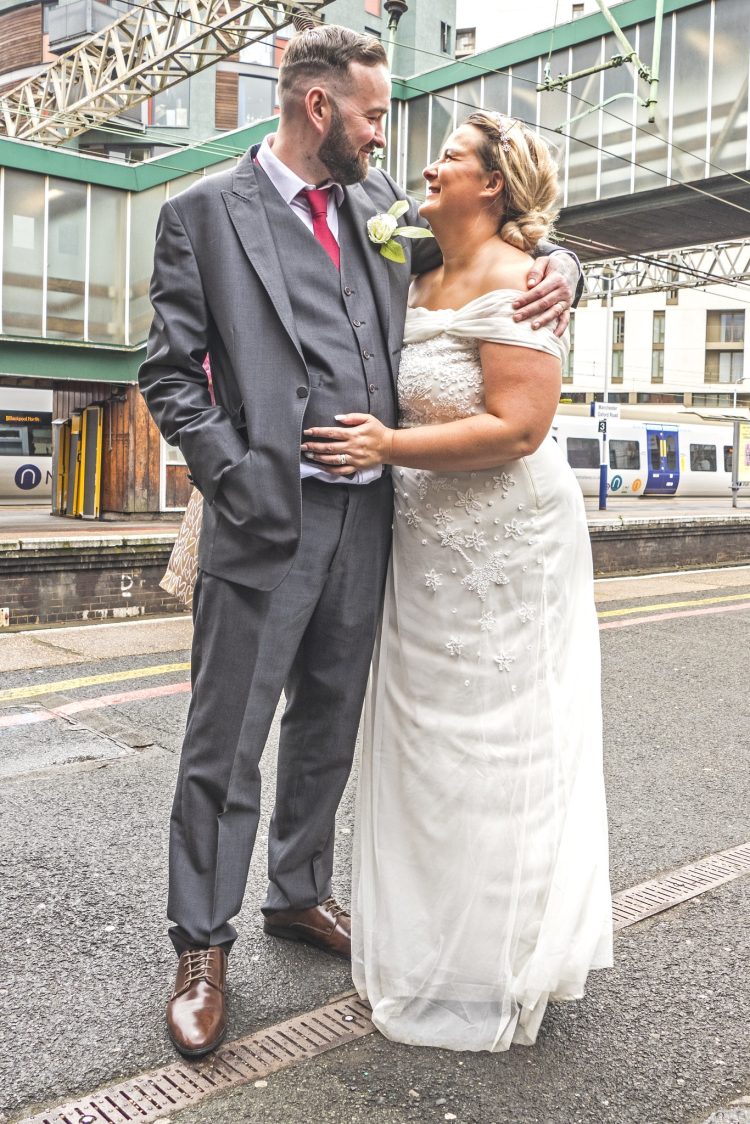 Northern employee saves Bradford school trip to London after being cancelled due to the heatwave.

The newlyweds had just been married at Manchester registry office and were making their way over to their wedding celebrations in Stockport by train.

Fellow passengers would have been delighted to know Liam and Jennifer’s romantic story has culminated in a union of 20 years since they first exchanged glances in their teenage years. The dating app ‘Plenty of Fish’ played its part in the couples happy ending with a first marriage for both Liam and Jennifer.

The brand new Mr and Mrs King both have children with their former partners and in August 2018 welcomed their baby girl to their growing family. The couple had planned to get married for their fifth anniversary in July last year however the ceremony had to be postponed due to the pandemic.

“It wasn’t until we’d been chatting on the app for a couple of days that we realised we actually knew each other from when we were younger. The last six years have been something of a whirlwind – but I couldn’t be happier.”

“We came out of the registry office and were heading to meet the family in Stockport. We were so very happy that we just started walking across town and decided to jump on the train. One of the station staff at Oxford Road came over to congratulate us and captured the moment on his camera. It’s certainly one for the wedding album!”

“We welcome millions of passengers onto our services every year – but it’s not that often we get to take a bride and groom to their wedding party. On behalf of everyone at Northern we wish them all the best for the future.” Across stations in South Yorkshire, Northern is set to install 36 new defibrillators, meaning that all stations in...