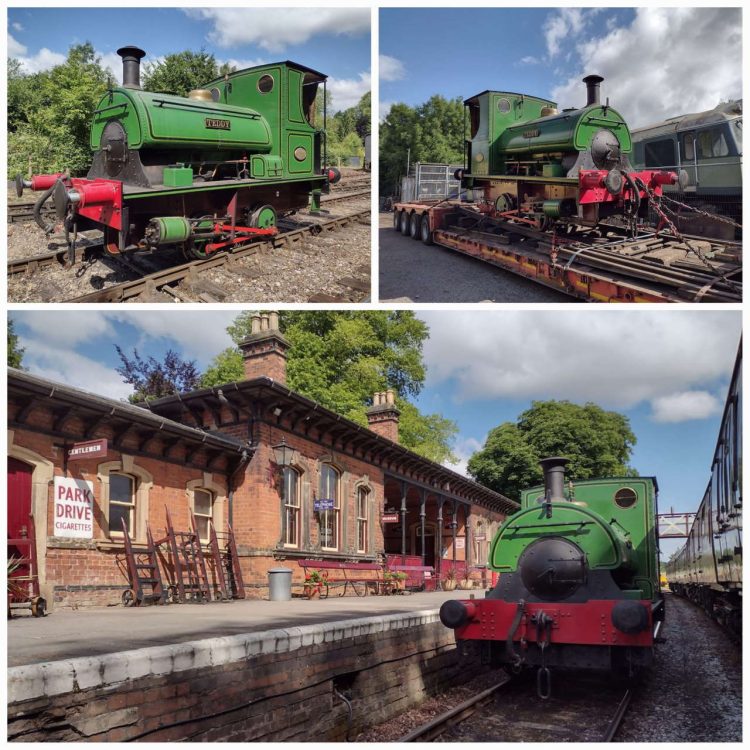 Peckett locomotive, No. 2012 ‘Teddy’ has arrived at its new home ahead of its overhaul starting.

It was at The Battlefield Line where 2012 was returned to steam for the first time in Preservation – after which it received the name Herbert.

Teddy is currently out of service pending an overhaul, but with the move to the Battlefield Line moving the loco closer to the owner, the overhaul is set to start soon.

Teddy’s owner said “in many respects this is a return home, which not only brings TEDDY back to the area it spent so much time in but, more crucially, brings it to within a stone’s throw of the owner’s home, which will facilitate the imminent overhaul.”

“I would like to take this opportunity to thank the Chasewater Railway for giving TEDDY such a fantastic home for the last seven years, and in particular thank Mark, Mitch and Luke for looking after it as though it was their own.” Pupils at Crossdale School in Keyworth enjoyed a visit from the GBRf's safety team in a bid to...

Another Leicestershire level crossing to be upgraded by Network Rail