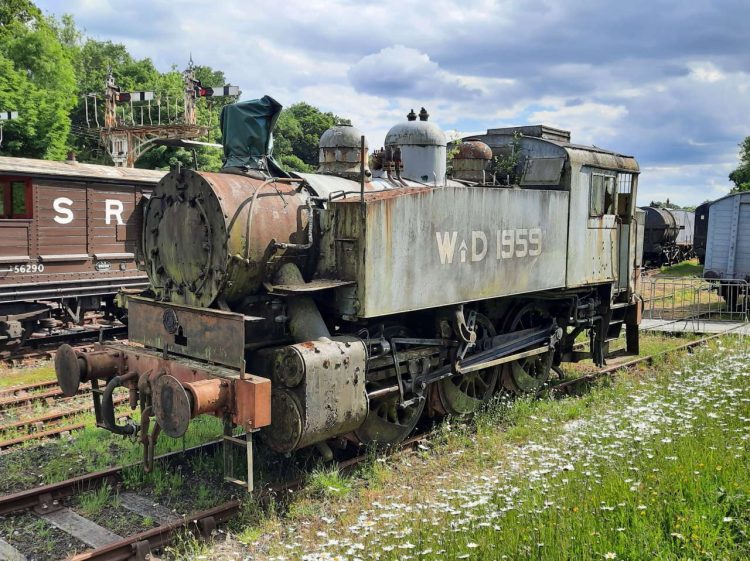 The Bluebell Railway Preservation Society has confirmed that they have agreed a price for the sale of its USA Dock Tank, No. 30064.

Visitors to the Bluebell Railway will no doubt have fond memories of the locomotive, especially if you visited during the 1970s.

Paul Churchman, Chairman of the BRPS, said that a disposal list of vehicles has been made up and the first of those vehicles have left the railway in search of a future in preservation.

Paul explained that 30064 requires around £40,000 spent on it to remove the asbestos in the locomotive and also said that even with this problem sorted, there is no plan in the next 20 years to have the locomotive restored back to working condition.

The sale of the Dock Tank locomotive, which was designed by the United States Army Transportation Corps, has already been agreed – but the funds from the sale would go straight back into purely locomotive restoration.

It is intended that 30064 will move to Sheffield Park in the next week or so and will leave the Bluebell Railway soon after. The undisclosed buyer has not been revealed but no doubt its new home will be confirmed soon.

What are you memories of 30064? What do you think of this decision? Let us know in the comments below.