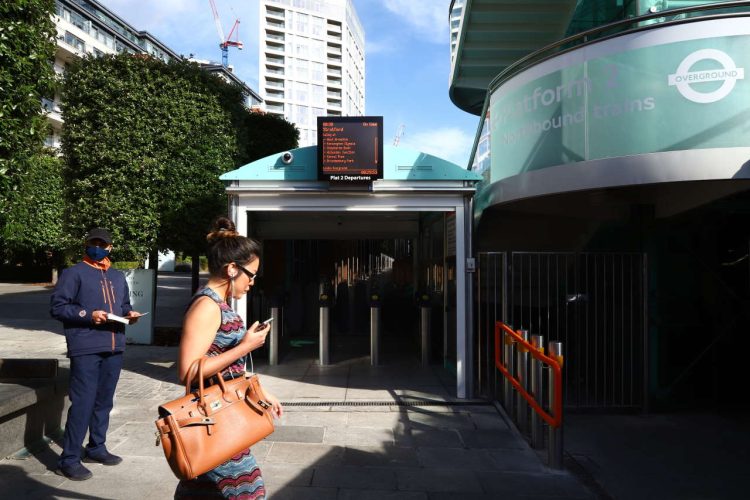 Improvements include a second entrance and ticket gateline, which allows quicker and easy access to northbound services towards Shepherds Bush, Willesden Junction, and Stratford, helping to reduce congestion and improve journey times.

The original access to the platform was via a staircase that often became congested during busier times.

The new entrance has been created by refurbishing a set of stairs at the end of the platform that was normally used solely as a fire escape. A covered walkway has also been installed to provide shelter from the elements.

The £1.7m upgrade was funded by the Department for Transport and unveiled by Network Rail, Transport for London (TfL), and Arriva Rail London, who operate the London Overground on TfL’s behalf.

“I was here with then London Mayor Boris Johnson at the original opening of Imperial Wharf station in 2009, and am delighted to be here again today to celebrate its refurbishment. The station has provided invaluable and well-used public transport to Sands End and Chelsea Harbour, which had long been cut off. I am delighted to see these improvement works today!”

“This upgrade demonstrates how effective partnership can help enhance and expand access to London’s transport network. This additional entrance is the latest in a series of fantastic improvements to London’s public transport network this year, following on from the upgrade to Bank station on the London Underground and the opening of the new Elizabeth line.”

“We’re thrilled to open the new entrance at Imperial Wharf station, which will cut congestion during peak hours and make passengers’ journeys much nicer and easier.”

“I’d like to thank passengers and local residents for their patience and understanding while we completed this important upgrade. We couldn’t have done the work without funding from the Department for Transport, and help from our partners at Transport for London and Arrival Rail London – it’s been a fantastic example of what we can achieve for our passengers when the rail industry works together.”

“This is a great addition to Imperial Wharf station helping to make it easier for our customers using the station but also helping to ensure trains can leave promptly. This joint scheme will provide customer benefits, helping ensure we make it as easy as possible for customers to use public transport following the pandemic.”

“We are delighted to unveil the brand-new gate line at Imperial Wharf alongside our partners at Transport for London and Network Rail. By relieving congestion at the station, particularly during peak hours, the new entrance will provide a more pleasant travel experience for customers and will help us to run a safe, reliable, and punctual service.”