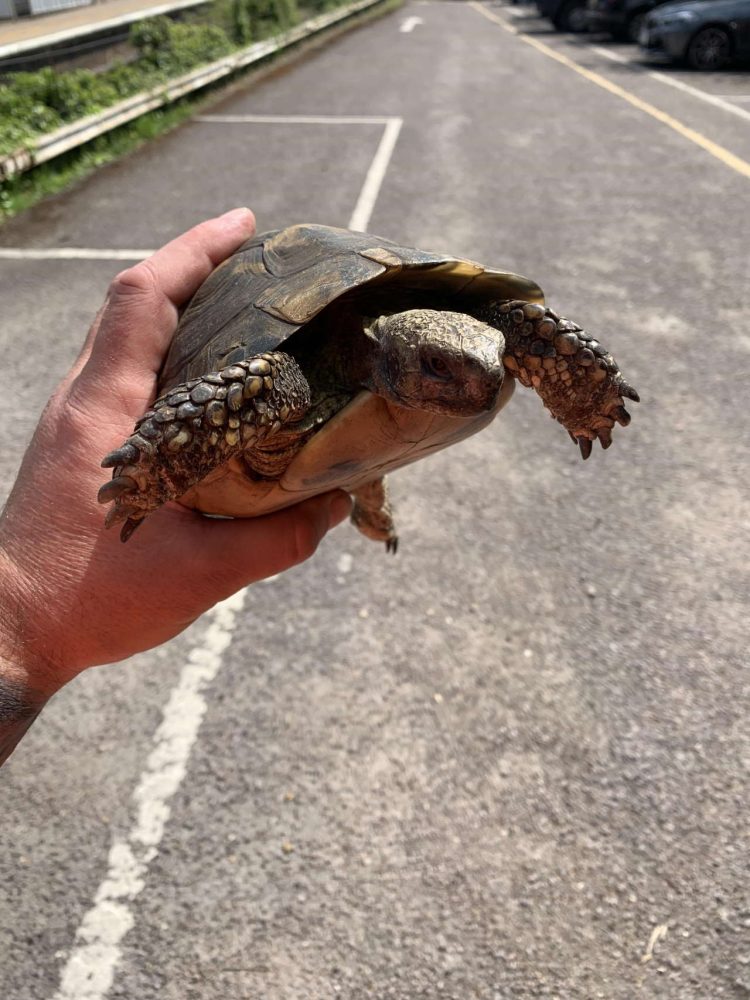 A tortoise that had been missing for eight months has been reunited with its owners after it was found by three Network Rail workers.

The family from Knebworth in Hertfordshire were shocked after their beloved tortoise, Twin, who had been missing for eight months, was found.

On 5th May, Network Rail workers John Keeley, Matt Cooke, and Tony Russell were carrying out railway inspections along the East Coast Main Line when they spotted Twin walking alongside the track.

Not believing what they saw, they sprang into action to rescue Twin and took her to a car park to discuss what to do next. They took Twin to a nearby vet to see if she was micro-chipped and to get her checked over.

Although Twin was given a clean bill of health, she wasn’t micro-chipped, so the team was unable to locate her owners. The team decided to look after Twin overnight and continue the search for her owners the next day.

The following day, John visited shops and cafes in Knebworth to see if anyone had lost a tortoise. Although no one had, a cafe owner agreed to post news about the tortoise on their Facebook page to help spread the word.

The posting on social media was successful, as Lizzie Jeanes spotted the post and contacted John to claim Twin, who by now was being looked after in Welwyn Garden City. John drove Twin the five miles back to Knebworth, and after eight months she was reunited with Lizzie and her two children Charlie, 10, and Connie, 8, as well as with another tortoise named Joey, who Twin has lived with since 1952.

“It’s not every day you see a tortoise on the railway, so we definitely did a double take when we spotted Twin!
“Although we weren’t really sure if we’d be able to find the owner, we knew someone would be missing her, so we knew we had to try our best. It took a few days, but the power of social media really helped us and allowed us to deliver Twin home safe and sound.

“Lizzie, Charlie and Connie were delighted and they sent us a card to say thank you, so we’re glad to have helped.”

“I was absolutely elated when I heard that Twin had been found. When she went missing, we searched high and low for her, but we’d given up hope when she’d been missing for eight months.

“I can’t thank the team enough for reuniting us once more with Twin, who has been in our family for 70 years. We’re all delighted.”