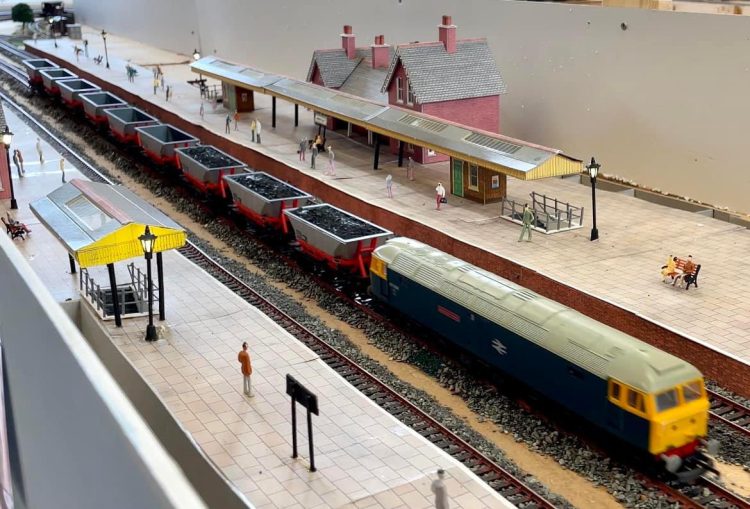 The exhibition took place on Saturday the 21st of May at March station and gave the Friends of March Station the opportunity a fantastic chance to show off the wonderful work they do as station adopters including the restoration of disused station buildings to make permanent community rooms.

The Friends also raised £348 at the event which will be put towards the group’s plans for further improvements.

Attending the event and supporting the volunteers were Bramley line and the B17 Locomotive Trust alongside the Friends of March Station volunteers who were on hand to serve tea, coffee and cakes throughout the day.

“We were very pleased with the turnout and would like to thank everyone for their generous donations. It was great to be able to open up the model railway room and bring people to the station, hopefully inspiring a train journey in the future.”

“This is a great example of bringing a station building right back into the heart of the community and was a lovely event. We are very grateful to the Friends of March station for their hard work which is bringing real benefits to the community. There are many more rooms like this at stations across our network available to community groups and I would urge anyone who has an idea for a project to get in touch.”

Greater Anglia is offering railway stations empty spaces for local communities to use throughout Norfolk, Suffolk, Essex, Cambridgeshire and Hertfordshire.

To find out more please visit://www.greateranglia.co.uk/about-us/community-space