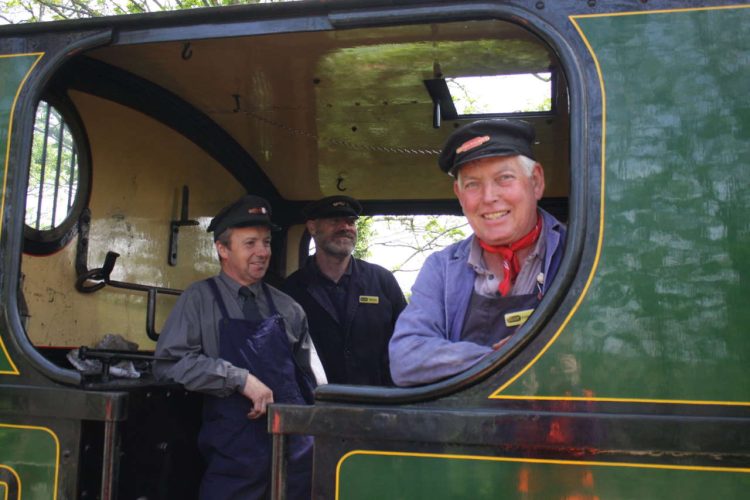 The heritage railway, based in Cornwall, started operating trains once again last month, and has since seen a steady increase in visitors.

Helston Railway’s steam locomotive Peckett 2000 will be hauling a single carriage and it is planned that a second carriage will be added later in the year, the heritage railway also hopes to operate diesel hauled trains at some point this year.

Steam services will be running on Thursdays and Sundays each week with the crew delighted to be back driving visitors once again with young volunteer Mylo Haskayne capturing images of the railway’s first running day.

2022 Will see trains departing Prospidnick Halt at 10.30am, 11.30am, 1pm, 2 pm and 3pm with morning services being generally busier than afternoon trips. Visitors can just turn up as the railway doesn’t take bookings, but tickets must be purchased from the shop which is adjacent to the car park.

Helston Railways tickets are the traditional cardboard Edmonson tickets and visitors can look forward to the Guard punching a hole to say that they have travelled.

Visitors to the railway are advised to give at least 15 minutes to purchase tickets and make their way over to the train.

The locomotive will push the train on its outward journey as the railway does not have a facility to turn the loco, which means it will be at the front of the train for the return journey. The Railway is slightly over a mile in length at the moment and the journey takes approximately 40 minutes which is ideal for families with small children.

The end of the line is currently Turthall Halt which is manned by a Station Master who will greet the train and is the only station from the original line which closed to the public in 1962. The station was lovingly rebuilt as a replica of the original and features a pagoda shelter, which is an exact copy of the structures that were once a common sight on the Great Western Railway. The railway won two awards for the shelter’s reproduction.

Passengers are welcome to get off at Truthall Halt and have a look around as the train waits for around 20 minutes. Visitors can also enjoy the museum which is housed in the Pagoda shelter and learn about the railway’s history and the ongoing work to restore it. The train crew are always happy to chat about the locomotive and it is possible to stand on the footplate and feel the heat of the fire.

A road bridge over the railway also offers a fantastic place to take photographs of the railway and will provide visitors with an insight into how the railways extension heading towards Helston will look.

Helston Railway is dog friendly, however, the platform at Prospidnick can be difficult for some dogs, the railway has a number of ways to help dog owners who come to visit and are encouraged to speak to a  volunteer if they need support. In the picture above you can see Athena the dog being carried by her owner. Athena is a regular at the railway and can normally be found in the guard’s van/ Duty Manager’s office at the end of the platform usually sporting a GWR hat and on the ready to greet any passing dogs or their owners.

Finally, Helston Railway features the buffet which is adjacent to the shop next to the car park and offers a fantastic menu which features cooked breakfast, tasty lunches and delicious cream or afternoon teas.