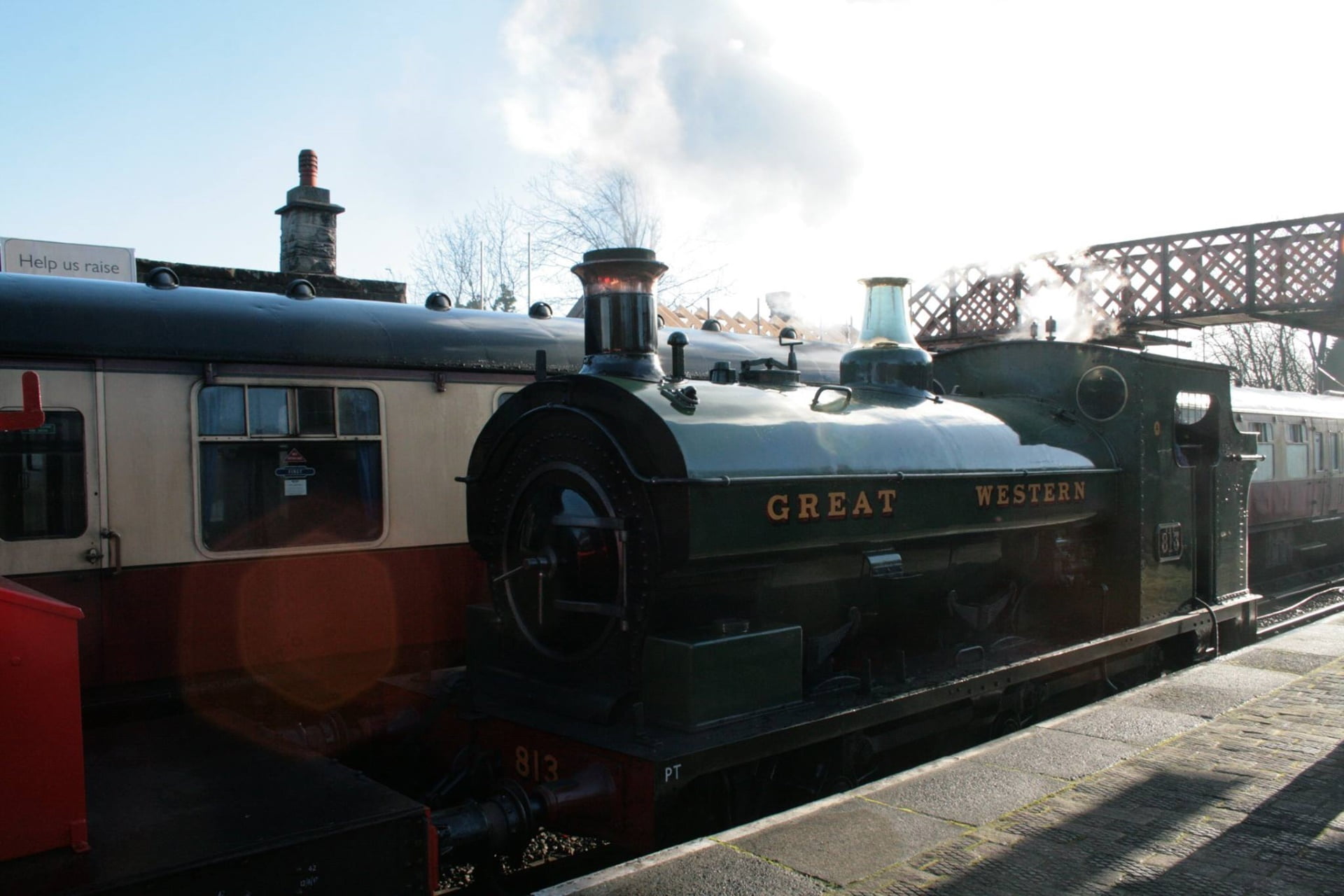 The G.W.R. 813 Preservation Fund has released an updated on Great Western Railway (GWR) 0-6-0 Saddle Tank No. 813 after it suffered a serious mechanical failure, and say it will be out of action for at least two to three months.

The incident happened whilst 813 was working during Severn Valley Railway’s (SVR) Spring Steam Gala, when there was a fracture of the cast iron support to the large transverse spring located between the frames beneath the cab. That caused the spring to rise up and protrude into the cab floor, but fortunately, the footplate crew suffered no injuries, although there is considerable damage to the locomotive.

The cab roof and bunker have now been lifted from the frames, and the spring and pieces of the fractured casting removed to await a decision on the best way to repair the damage. The choice appears to be between making a new casting in steel rather than cast iron, or to fabricate a replacement fitting, which would avoid the need to make a pattern for a casting but may be difficult to produce.

The cause of the fracture has yet to be assessed, but a contributory factor could well be the age of the casting which was probably as old as the locomotive itself.

The final cost of the repair has yet to be determined, but is likely to be substantial. That is compounded by the loss of hire income, as 813 was due to visit the South Devon Railway and the Embsay & Bolton Abbey Railway. The potential loss of income could be in the region of £12,000 to £15,000, which would have made a significant contribution to covering the costs of its next ten-year boiler overhaul in four to five years’ time.

This current problem follows an earlier setback in September last year when 813 had to be withdrawn from service during the SVR Autumn Steam Gala with a number of leaking boiler tubes. That required a complete re-tube of the boiler, which was undertaken by the SVR in November.

The recent misfortunes involving 813 and the resulting loss of hire income have had a detrimental effect on the financial resources of the 813 Fund.

Donations can be made via the 813 Fund website at http://www.gwr813.org/join.html The Severn Valley Railway has announced that they will be welcoming LMS Black 5 No. 45231 The Sherwood...