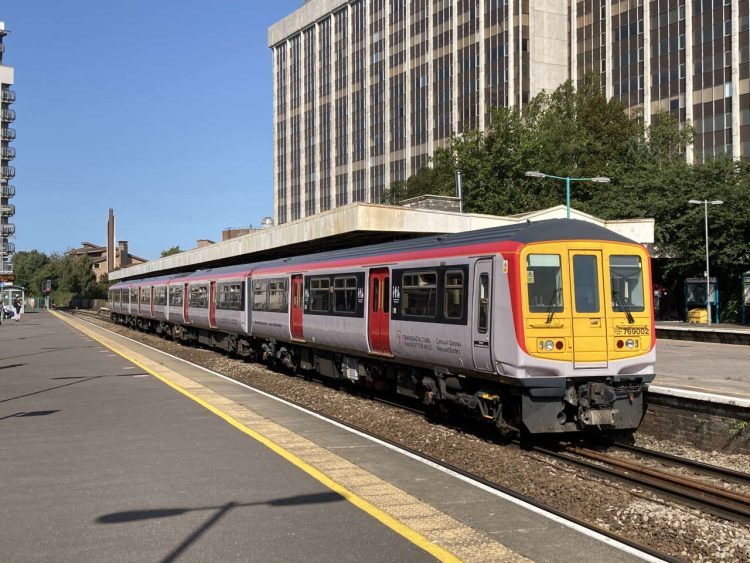 Transport for Wales (TfW) has reopened to passenger services a 130-year-old railway bridge in Cardiff following the completion of a £4.3m programme to restore and repair it.

The section of Adam Street railway bridge that carries the direct line from Cardiff Queen Street station to Cardiff Bay was closed on March 2021. It was in significant need of repair due to corrosion damage, which resulted in restrictions on its load-bearing capacity and speed restrictions in place for train services.

The construction of the bridge was quite complex, as it was originally riveted together. That made the repair work more complicated than would be the case with modern bridges which have standard formed sections that are bolted together.

The original repair and refurbishment programme was submitted in September 2020, since when work has continued with extensive strengthening of the cross girders as well as renewing and installing new ones, a complete replacement of the bridge deck in steel, ancillary new steelwork, waterproofing, and finishing works.

Due to the nature of the works, noise disruption was a challenge. To minimise disruption, TfW and its partners put mitigations in place as well as working during the night.

With all the work completed, the track could be reinstated and the bridge was ready for passenger services at the beginning of May.

“We’re pleased to have successfully completed the first stage of works to repair the Adam Street Bridge, which will allow vital passenger services through the city to return to normal working.

“Further repairs to allow freight traffic to use the bridge are also progressing well and will be finished over the next few weeks.

“I’d like to thank all the teams involved from Amey Infrastructure Wales (AIW) and Centregreat for their hard work over the last year to achieve such a successful delivery of the project”.