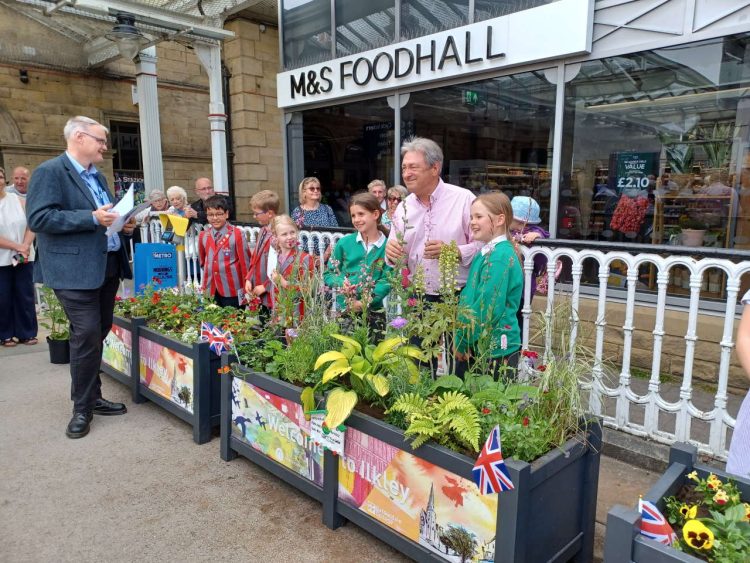 The competition was organised by the station adoption group and Halifax Station Partnership and saw celebrity gardener Alan Titchmarsh judge the green-fingered and colourful creations at Ilkley station on Wednesday the 15th of June.

Northern got behind the creative contest by providing money for materials and plants for all five of the schools to use. The competition is part of Northern’s ongoing commitment to working with local communities in the north of England whilst bringing improvements in passenger experience.

Tony Baxter, regional director at Northern said: “We are delighted to be a part of this event and well done to everyone involved, all the planters look fantastic.

“Our community partners are the heartbeat of the railway and we’re extremely proud to work closely with them to deliver such a wide-ranging positive impact for the north of England.”

“Our work within the community is part of our wider programme of improvements at many of our stations – including improved accessibility, car park refurbishments and improved CCTV – to encourage all our customers to ‘go do their thing’ and explore the north.

Stephen Thornton from Friends of Ilkley Station said: “We would like to thank Alan Titchmarsh for ‘getting on board’ with their future vision for Ilkley rail station.

“A big thank you to everyone who made the day a great success, a special thanks to Alan for engaging with the project.” Northern Trains has appointed Richard Holt from Skipton as its new head of train presentation.