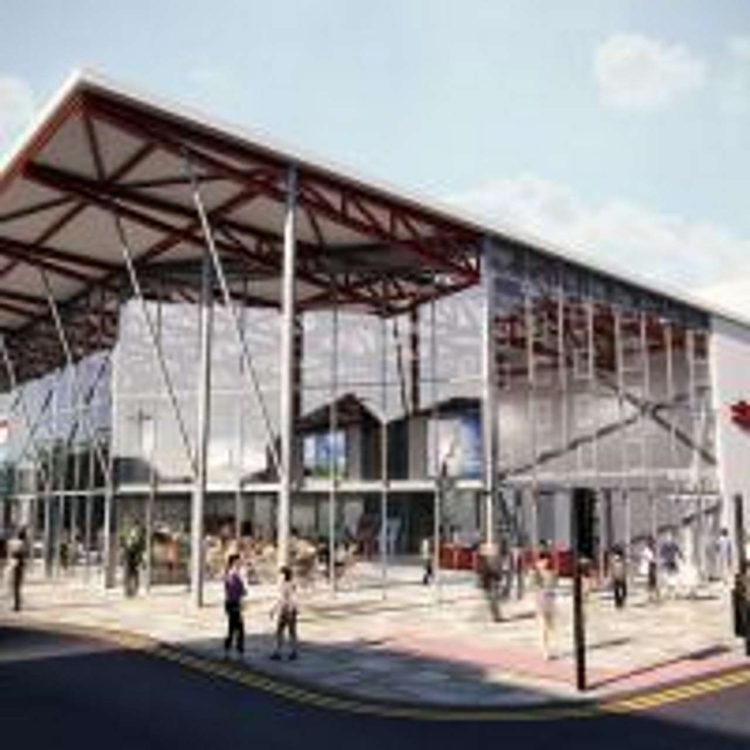 The southern entrance to Sunderland railway station entrance is to be closed from today, Monday, 2nd May as major work gets underway to transform the city’s main transport hub.

The Market Square and Waterloo Street entrances will be closed as work begins on a game-changing project to create an attractive new entrance point to Sunderland and to revamp completely the whole station.

Passengers wishing to access the station should use the northern entrance on Union Street.

Contractor BAM Nuttall will carry out the £26m project which will create a light, bright, and airy point of arrival for visitors arriving at the station by train and Metro. The works will not impact access to the Bridges and other retailers at Market Square, all of which will remain open as normal. Network Rail will be overseeing the works and completion is scheduled for 2024.

Demolition of the existing southern entrance will clear the way for the construction of a new statement building. The new entrance will feature a large glass wrap-around design and will include a new ticket office and reception, public toilets, retail space, and cafes. Comfortable waiting areas will also be provided, as well as a new mezzanine level that will have office space reserved for rail industry staff.

The improvements have been part-funded by the Government’s Transforming Cities Fund (TCF), with the overall TCF package for Sunderlands Station improvements and associated works of £16.3m.

Sunderland City Council, in leading a campaign for a new station, has brought together partners including Network Rail, Nexus, Grand Central, and Northern, to tackle the first phase of a multi-phased revamp of the transport hub.

The council is seeking support for a full station makeover over the next six years, with a vision to revamp the northern entrance of the station, as well as platform-level works to increase the station’s capacity, with four tracks and four platforms to separate Nexus and Metro from mainline services, allowing both to expand as public transport connections regionally and nationally.

Having unlocked the funding needed for the southern concourse, plans are taking shape for to deliver a reimagined northern entrance, with an attractive public realm to create a statement building and gateway entrance to the Central Business District on High Street West. The northern entrance will become the city’s main arrival point, with Mackies Corner and the Elephant Tearooms just two of the impressive buildings greeting people coming into Sunderland.

“This is the start of a transformational programme of work, that will give the city the station it deserves. While there will be disruption during construction, we know that – ultimately – the outcome will be well worth it, and we’re pleased it’s advancing.”