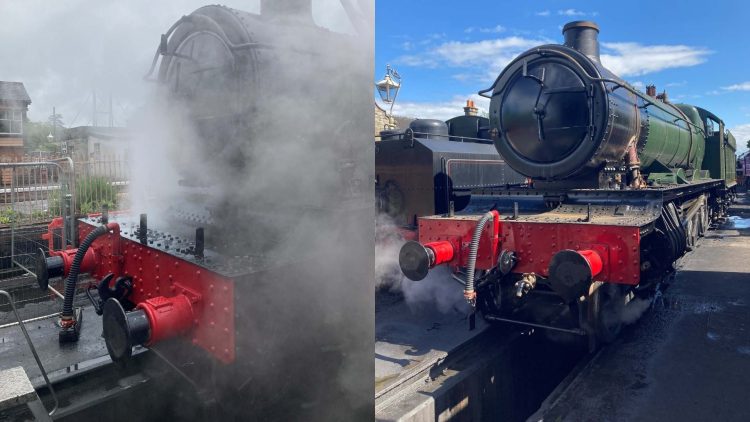 A significant milestone has been reached by the Severn Valley Railway of its flagship locomotive, GWR Hall 4-6-0 No. 4930 Hagley Hall.

On Wednesday 11th May 2022, the locomotive moved under its own power at Bridgnorth and this is the first time that it has done so in 36 years.

The SVR says that it cannot make any firm commitments as to when the locomotive will go on test, or when it is expected back in passenger service, but says that both of these goals should be reached in the coming months.

The locomotive was sold to the SVR back in 1972, being saved from the scrap line at Woodhams Yard in Barry. After seven years of service on the mainline and on heritage lines, 4930 was later withdrawn from preservation service back in 1986 and has spent nearly three decades on static display at a number of sites. Overhaul work started back in 2013 and is now nearing completion.

You can see the 4-6-0’s first movements in the video below:

“We’ve waited many, many years for this moment,” said Martin White, the SVR’s head of engineering. “And even though the loco only moved as far as the MPD yard signal and back, this still marks a rather momentous step in getting it back into service.

“There’s plenty still to do, but hopefully all of the team associated with the overhaul can go home with smiles on their faces as ‘Hagley Hall’ has taken another step towards completion.” The West Somerset Railway reveals that another locomotive will be visiting for their Gala Weekend which runs from...