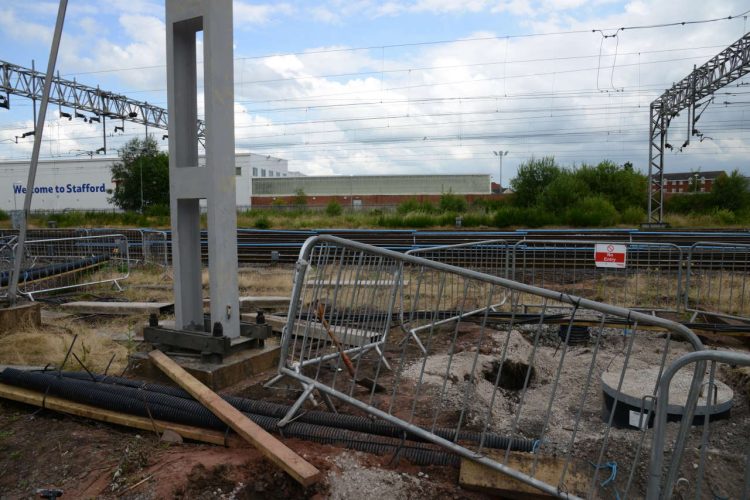 VolkerRail, the railway infrastructure company, has been fined £550,000 for a health and safety breach after a worker suffered serious injuries including a broken pelvis and several broken ribs.

The company incurred the fine and was ordered to pay costs of £85,415.94 after pleading guilty to an offence under the Health and Safety at Work etc. Act 1974 following an investigation and prosecution by the industry regulator, the Office of Rail and Road (ORR). VolkerRail Ltd. was found to have failed to prevent danger to workers undertaking excavation work beside the railway.

VolkerRail Ltd. is a multi-disciplinary railway infrastructure contractor. It delivers projects on the UK’s national rail network, working with Network Rail and London Underground, and most of the UK’s light rail and tram organisations.

The incident happened on 6th July 2014, when an employee was working in a trench as part of excavation work outside Stafford railway station. The wall of the trench collapsed, burying the worker, who suffered serious injuries including a broken pelvis and several broken ribs. He underwent surgery on his pelvis, stomach, and lungs and was placed in an induced coma. By 2021 he was still in pain and no longer able to work full time.

At the time of the collapse, the excavation was approximately two metres deep and had been constructed without any support to the sides.

In its investigation, ORR found the company:

“Trench supports had been delivered to the site but were not used, and proper consideration was never given to the use of temporary works.

“It was clear that some concerns were raised regarding the work, and whilst some steps were taken following these concerns, the methodology was not fully adapted.”

“VolkerRail Ltd. had opportunities to correct working practices and make the works safer, but these opportunities were missed. The result led to extremely serious injuries to one of its employees.

“Over many years we have worked with industry to ensure that there is a good level of understanding of the regulations when undertaking excavation work. It is important that companies working on the railways maintain a relentless focus on managing risks to protect their staff.”