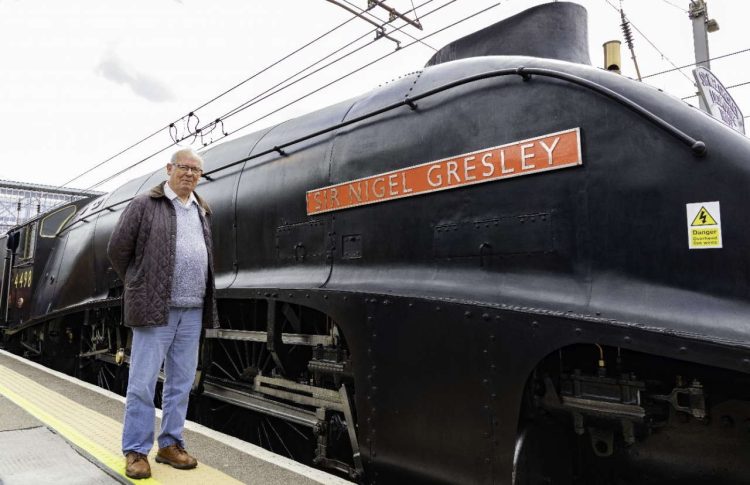 Back in 1967, the locomotive hauled a number of railtours, including two trips from Crewe to Carlisle – the last of which marked the start of a ban on privately owned steam locomotives on British Rail.

Thankfully, with the ban long gone, on the 21st May 2022, 60007 Sir Nigel Gresley hauled a special railtour for members of the Sir Nigel Gresley Locomotive Trust over the same route as the ones ran 55 years ago to mark the completion of the overhaul.

The tour was made possible thanks to an agreement between Locomotive Services Group, Saphos Trains and the Sir Nigel Gresley Locomotive Trust.

Nigel Wilson, Chairman of The Sir Nigel Gresley Locomotive Trust,  said, ”The trip was a very special day for all our members but was only possible thanks to the tremendous efforts of our essentially volunteer engineering team. This overhaul is probably the most thorough the locomotive has ever had so my thanks to all involved. The recreation of the 1967 tours was made possible by our co-operation with Locomotive Services Ltd and Saphos Trains so we really appreciate the work they have put in to make the trip happen.”

60007 is to join the LSL pool of locomotives at Crewe, and is set to visit the North Yorkshire Moors Railway for their Autumn Steam Gala.