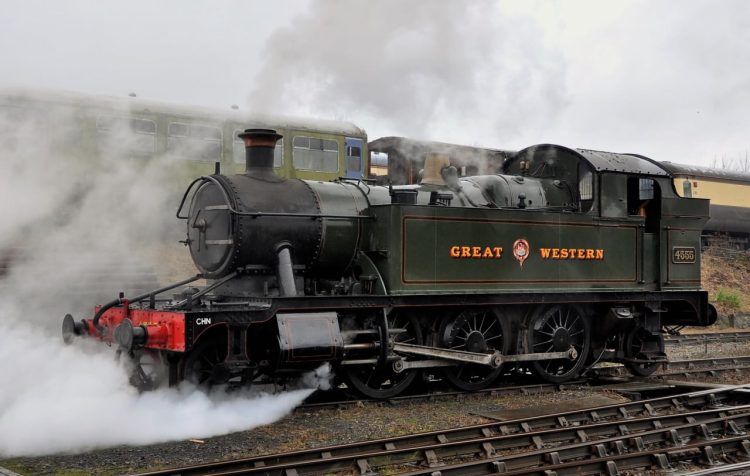 The South Devon Railway has released a statement after an incident occurred at Buckfastleigh yesterday.

No one was injured in the incident but damage has been caused to 4555.

The Dartmouth Steam Railway and Riverboat Company have been informed about the incident.

4555 was visiting the South Devon Railway from the East Somerset Railway, where it has been on loan from the Dartmouth Steam Railway and Riverboat Company for the 2022 season.

The SDR’s Pannier 5786, which was loaned to the ESR whilst 4555 visited the South Devon Railway for the line’s 150th Anniversary Celebrations, will now remain at the ESR whilst repairs are completed to 4555.

Discussions are underway between the South Devon Railway and the Dartmouth Steam Railway and Riverboat Company to make sure 4555 is repaired and is returned to steam.

South Devon Railway general manager Ernest Elsworth-Wilson said: “Very unfortunately, a low-speed shunting incident in the yard at Buckfastleigh station on 3rd May, involving locomotives 4555 and 5526, resulted in damage being sustained to the front end of no. 4555. No one was hurt in the incident and the locomotive’s owners, Dartmouth Steam Railway & Riverboat Company, were immediately informed.

“4555 was on a short term hire for our successful 150th anniversary celebrations over the bank holiday weekend and was shortly to be returned to the East Somerset Railway, where it is on hire for the season. Our own pannier tank no L.92 (5786) was supplied to them for the duration. This will now remain with the ESR until repairs to 4555 are completed.

“Discussions will be held with the Dartmouth Steam Railway to ensure that 4555 is fully repaired and returned to steam.”