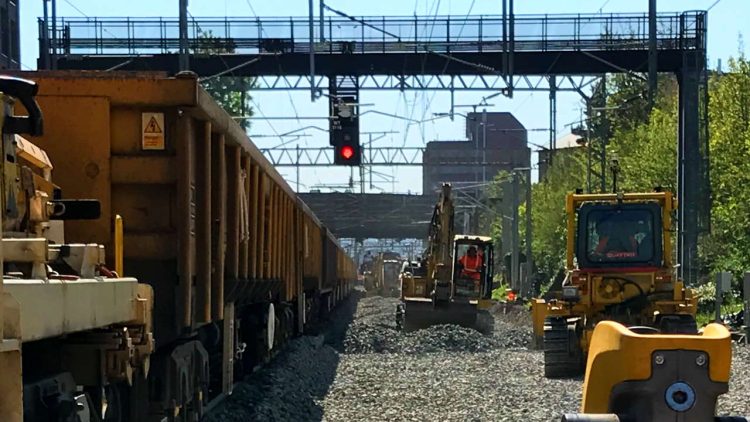 Network Rail’s essential upgrade works, which were carried out over the Early May Bank holiday between London Euston, the Midlands and North West, are now complete

A range of essential upgrades was carried out during the bank holiday weekend and followed on from work which took place over the Easter period and has now seen £41.1m invested in the North West and Central regions as part of Network Rail’s ongoing commitment to improving passenger and freight services moving into the future.

Both periods of work saw a complete closure for London Euston station which underwent vital track upgrades at Watford and Wembley.

Work carried out between Saturday the 30th of April and Monday the 2nd of May also saw:

Network Rail teams have carried out as much work as possible over the two bank holidays in order for the West Coast main line to be fully open in time for the Queen’s Platinum Jubilee which will take place between the 2nd and 5th of June.

Services returned to normal on Tuesday the 3rd of May and Network Rail wishes to thank passengers for their patience.

Tim Shoveller, managing director for Network Rail’s North West and Central region, said: “I’m extremely proud of the hundreds of workers and contractors who’ve pulled out all the stops over the last two bank holidays to improve the railway for the future.

“I’d like to thank passengers whose travel has been disrupted by our £41.1m upgrades over Easter and Early May. The great news is the West Coast main line and major routes in the Midlands and North West are now in the best possible shape for the Platinum Jubilee weekend when the whole country will join in to celebrate 70 years of our Queen on the throne.”

The railway is expected to be busy during the major national event and passengers are advised to plan their travel ahead via http://www.nationalrail.co.uk