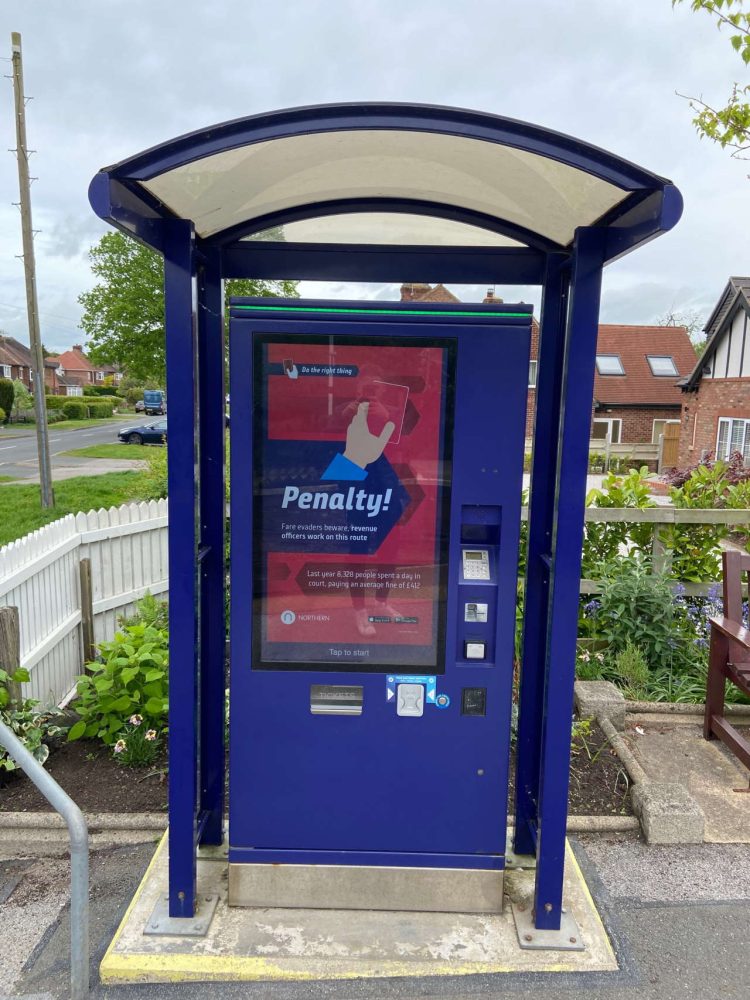 The conductors and revenue protection team for train operator Northern are set to carry new technology to support them in discovering fare evasion.

Northern reports that “The ticket machine wasn’t working” is one of the most well-used explanations for travelling without a valid ticket. In order to weed out fare-evaders, the rail operator has provided its staff members will the ability to check the status of more than 600 self-service ticket machines throughout their network using an app created in collaboration with Flowbird and RADD solutions.

The app will be able to demonstrate if a machine is operative and issuing tickets and will be vital in supporting Northern’s use of penalty fares in a bid to bring down fare evasion for the rail operator who runs approximately 2,000 services each day.

“Self-service ticket machines are a key part of our infrastructure that ensures customers can always buy a ticket before they travel. They have, however, been a convenient scapegoat when people are challenged as to why they don’t have a valid ticket for travel.

“Until now, our frontline staff have been in a difficult position when faced with this excuse, as without being able to check, there was always the possibility a machine somewhere on the network was out of action. Now, our colleagues will be able to ‘fact check’ the status of the machine in question and issue a penalty fare if appropriate.”

Northern revealed that it has also introduced a ‘Quick Buy’ feature for its ticket vending machines in a bid to support customers following feedback about the number of steps required to buy a ticket using a machine. The new feature has cut the number of steps needed by half with customers only needing to press four buttons unless using a discount card.

The ‘Quick Buy’ facility also provides customers with the time the next train is due and a countdown which gives customers the chance to assess whether they can realistically catch the train from when they buy the ticket.

Every four weeks, over 240,000 customers use Northern’s ticket vending machines and they offer just one of the approaches the rail operator is using to make buying tickets easier, with digital tickets available using their website or app and an over counter service available at staff stations.

Fare evaders are prosecuted under the provisions of the Regulation of Railways Act 1889 and the Railway Byelaws made pursuant to the Transport Act 2000. Northern is moving forward with its programme of digital upgrades on its fleet of Class 333 trains to...