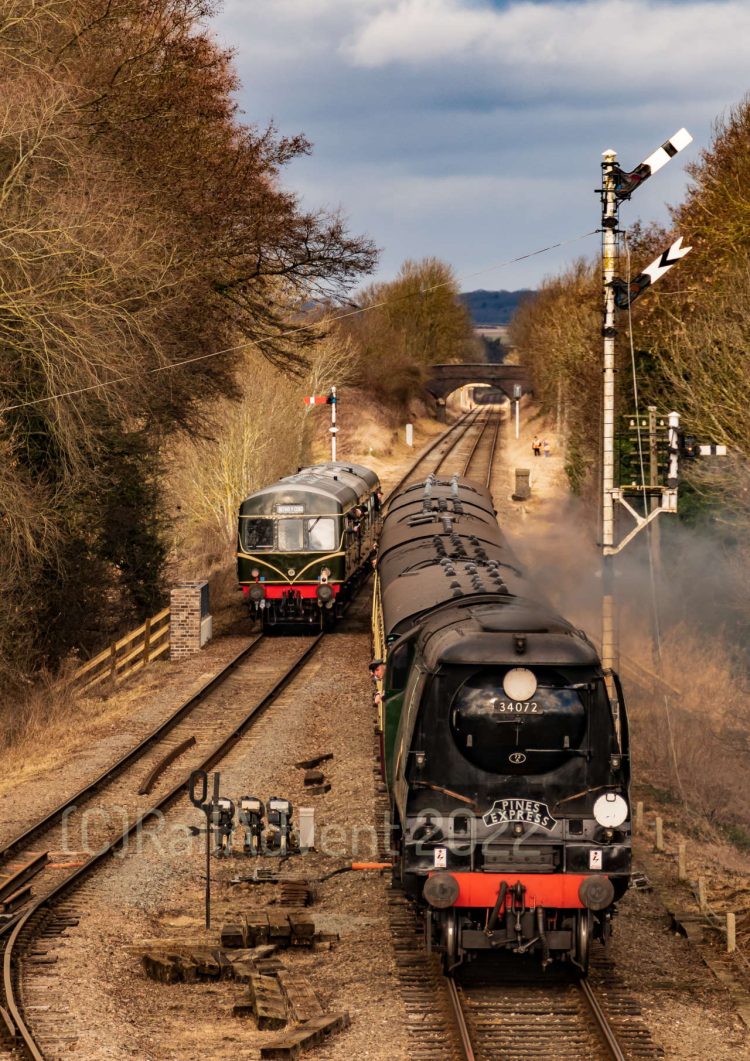 Southern Locomotives Ltd (SLL) have posted their latest update on the restorations, overhauls and operations of their fleet of steam locomotives.

Volunteers are making good progressing on preserving the locomotive’s frame, especially as their work is being self-funded while SLL focus mostly on “Manston” and “Sir Keith Park”.

Around half of the frame has been shot blasted and painted in red primer paint, with the cylinder blocks blank off with plates to protect the cylinder liners.

Now back in traffic after repairs at DB Cargo’s Toton Depot to it’s tyres, “Eddystone” has been running well.

One of the highlights for the engine this year will be in June 2022’s visit to the Gloucestershire and Warwickshire Steam Railway’s Cotswold Festival of Steam. With a Somerset and Dorset (S&D) theme, which is reflected in other visiting engines, 34028 will help to recreate S&D atmosphere.

On Sunday 15th of May 2022 at the Spa Valley Railway, “Sir Keith Park” steamed for the last time on it’s pervious boiler ticket. Running up to that date 34053 had been running well in traffic, disguised as 34095 “Brentor” recently, work has now begun on stripping the locomotive ready for the boiler swap.

Currently the SLL team plan the following work / movements to hopefully complete 34053’s overhaul in 2023 if all goes well:

Although preparation work for the boiler swap will be made, ultimately some alignment issues may arise which SLL will take precaution against. With much ‘bottom-end’ work done to the rolling chassis in recent years, little work should need to be carried out on this front.

The long-awaited return of “Manston” edges closer by the week, which currently could be as early as June 2022. The team at Herston have been busy completing tasks to ready the engine for traffic, from setting the valve timings to lining out the cabside numbers.

To rise funds for SLL, “Manston”‘s old smoke deflectors will up for sale by Talisman Railwayana at the Gartell Light Railway, near Templecombe on Saturday 15th October. Anyone interested can submit bids before the auction goes live.

Performing well in revenue earning service, “257 Squadron” will require some repairs soon. On inspection some of the superheater elements have been leaking and blanked off temporarily. With a new set of elements set to cost in the region of £30,000, the decision has been made to use the set out of recently withdrawn “Sir Keith Park”. This will reduce costs as well as reduce downtime for “257 Squadron”. 34072 will be visiting the Spa Valley Railway to operate Polar Express Duties in November and December 2022.

Work on 35025 has been slow, with work focused on restoring the cab at Herston. Initial inspection of 35025’s boiler have been positive, with the North Norfolk Railway in the process of estimating the cost for restoration.

80104’s overhaul progresses at Tyseley Locomotive Works, with work focusing on the boiler. A section of the front tube plate has been cut out as it’s due for renewal, allowing better access to the boiler barrel. The next stage of the overhaul will be prepare the boiler for lifting and Non Destructive Tests (NDTs).

Unfortunately no further work has taken place since the last update, with plans underway to move the engine soon to restart the overhaul.

For more information or to support Southern Locomotives Ltd, please visit their website by clicking here.