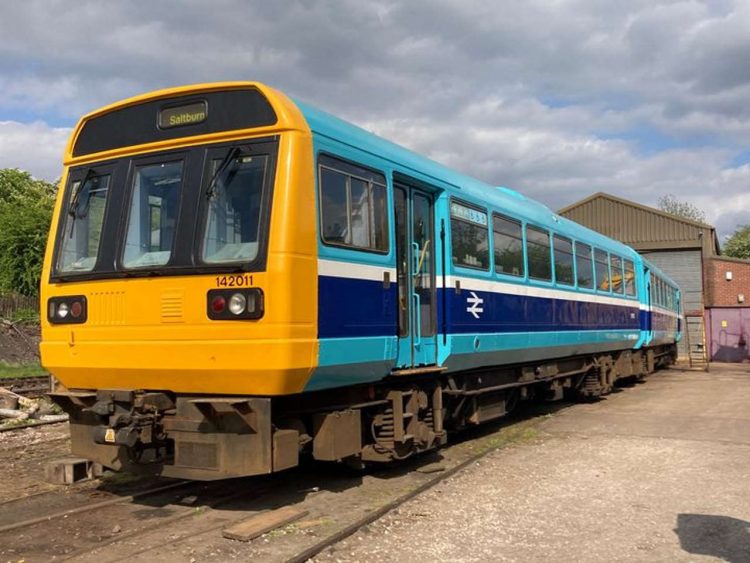 This year’s DMU Gala at the Midland Railway – Butterley in Derbyshire will take place over the weekend of Saturday, 18th, and Sunday, 19th June.

The gala will feature Class 142 unit 142011, which has been restored to its 1984 livery of Provincial Blue. Its appearance at the gala will be the first time that it has seen operational use since it was preserved.

Three trains will be in service, and these will include the only working Class 141, which, like the Class 142, was built at the Leyland National factory in Workington which is itself celebrating its 50th anniversary this year. Also appearing will be a Derby-built Class 108, which is now some 62-years old.

On display at Butterley will be the sole-remaining Gloucester Class 100 unit. This was built in 1957 and is undergoing long-term restoration. Representatives from the restoring team will be on hand to show visitors the ongoing work. Also on display will be examples of Class 114 and 127 units, which were built at Derby. They will show examples of the different variations of diesel multiple units that were built during the 1950s and 1960s.

Trains will be running to Swanwick Junction, which is the main complex for the Midland Railway Centre where there is plenty to explore and enjoy. As well as a railway museum, there is a demonstration signal box, a Victorian railwayman’s church, and a Country Park.

Also based at Swanwick are the Golden Valley Light Railway and Butterley Park Miniature Railway, whilst refreshments are available from Deeley’s Tearoom. Access to the attractions is either through the booking hall of the station building or around the outside of the building and into the museum complex.

South Western Railway has launched the company’s 2021 Christmas Shoebox Appeal to collect shoeboxes of gifts, or even...