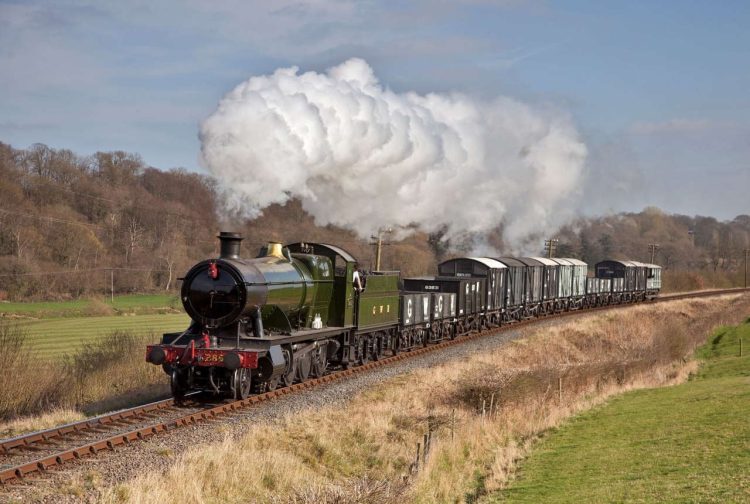 The locomotive in question is No 2857, a very special and previous visitor to the railway.

No 2857 is now 104 years old being built back in 1918 and is a Great Western 2-8-0 tender engine built as a heavy goods vehicle for the Great Western network.

The 2857 Society has offered fantastic support and managed to organise the visit with very little notice which is not an easy feat especially as it will be moved via road to Somerset early this week. The reason for the late invitation by West Somerset Railway was due to 9466 which was set to run for the gala requiring urgent maintenance, which unfortunately cannot be completed before the gala, however, 9466 will be back in action later in the season.

Throughout the gala, 2857 will be hauling passenger trains from Minehead to Bishops Lydeard and back and will also be working at least one Goods Train through the event.

No 2857 finished its mainline working life operating out of Neath in South Wales and was mainly used to haul coal trains to London, with one journey carrying more than 50 loaded wagons. 2857 won’t be having such a tough time at the West Somerset gala, although the railway’s gradients will see it working hard and will no doubt make for an excellent sight.

To buy tickets for the Gala please visit the West Somerset Railway’s website: http://www.west-somerset-railway.co.uk
Tickets can also be purchased on the day at station booking offices and also onboard trains. The Gala timetable can also be found on the website