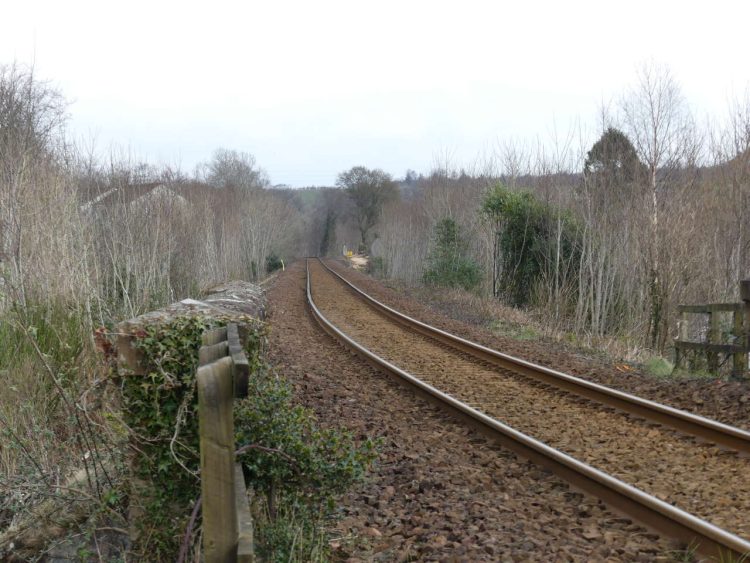 Network Rail has removed trees and encroaching vegetation along over 2 km of the West Highland Line between Craigendoran and Helensburgh to improve safety and performance.

If left unmanaged, vegetation can pose a serious risk to rail safety as trees can fall onto the line during bad weather. Also, overgrown branches and foliage can obscure signals from a driver’s view.

In autumn, leaves on the line can affect train wheel traction to the rail, which affects braking distances and acceleration, and interferes with signalling systems.

Following the clearance work, which was announced back in January, native trees and shrubs and 1,200 berry-bearing plants were planted in an effort to protect wildlife, the environment, and nearby communities. This will enable the lineside area to become a more-diverse corridor with native species that benefit the surrounding wildlife.

Hawthorn, holly, blackthorn. and elder trees native to the area, have also been planted, which are better suited to the railway environment due to their slow growth rate, low height, and minimal leaf-fall impact.

Also installed within the railway corridor have been bat and bird boxes to increase the availability of bat roost and bird nest sites, and habitat piles, which are logs stacked on top of each other to simulate fallen trees. These will add to the existing natural features and offer shelter for insects, hedgehogs, and nesting birds, among others. The new environment will be routinely maintained to manage the regrowth of plants and trees.

Network Rail will monitor the biodiversity and offsetting measures that are in place to make sure wildlife and communities are protected while railway performance is improved. The work is all part of a trial designed to help Network Rail realise its ambition of seeing no net loss of biodiversity by 2024, with an overall net gain by 2035.

To compensate for the vegetation management work several environmental measures were implemented at this location including:

Kirsty Armstrong, Scheme Project Manager for Network Rail, said: “While our priority is the safety and performance of the railway, this project has been planned and delivered to protect wildlife and promote biodiversity.

“We’re making positive efforts towards managing our lineside areas in a more environmentally-friendly way as part of our commitment to a better, greener railway.

“We’ve taken a number of proactive steps to offset the impact of tree removal and created a mixture of habitats which support a range of species alongside the railway.

“It sets the standard for sustainable management of the lineside environment for the future.”