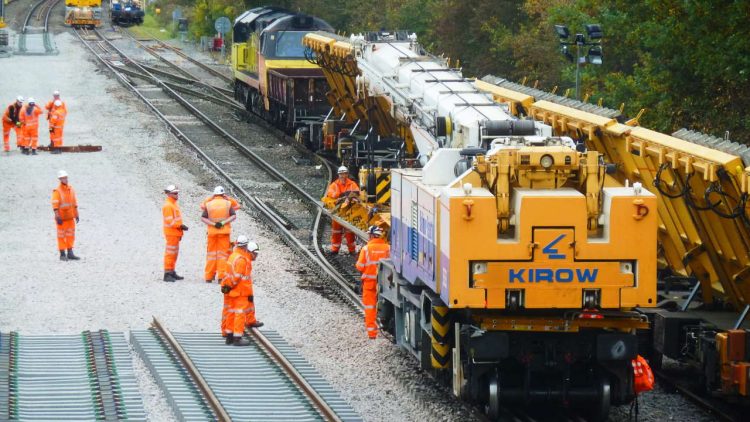 Network Rail urges passengers planning to travel to or from London Euston and Scotland over the early May bank holiday to travel either side of the long weekend.

The advice comes due to essential upgrade works being carried out and will mean no trains will be running to or from London Euston between Saturday the 30th of April and Monday the 2nd of May with services starting and finishing at Milton Keynes.

The upgrade work will see Network Rail invest a further £19.1m to complete or continue work undertaken during the Easter period which saw £22m invested in the West Coast main line and key routes for the Midlands and North West.

The improvements being carried out will provide better journeys for passengers and freight in the future.

Euston station will be closed to both main line trains and London Overground services on Saturday the 30th of April and Monday the 2nd of May inclusive. The closure will allow for major track upgrades in Watford and Wembley and also includes work for the construction HS2.

Network Rail has advised that the best time to travel through this period of work will be Friday the 29th of April and Tuesday the 3rd of May. Passengers who need to travel during the early May Bank holiday could face longer journey times with fewer seats available and the possibility of having to use rail replacement buses.

The essential upgrade work will see:

For the latest travel information or to plan a journey please visit: http://www.networkrail.co.uk/wcml

“We made great progress on major railway improvements over Easter and I’d like to thank passengers for their continued patience while we carry out more must-do work between April 30 and 2 May. We know there is never an ideal time to shut the railway but bank holidays continue to be the least disruptive time for us to carry out this essential maintenance.

“With Euston closed our advice is once again to travel either side of the bank holiday on Friday 29 April and Tuesday 3 May where possible, and to plan ahead by checking National Rail Enquiries to see how your journey could be impacted.”

Passengers are also being made aware of RMT strict action that will impact TransPennine Express services throughout the north of England and will be taking place on Saturday the 30th of April and Sunday the 1st of May.

The action will mean that no TransPennine Express trains will be in operation on the West Coast main line for both days with passengers needing to make essential journeys between Liverpool and Manchester and Glasgow and Edinburgh via Preston and Carlisle should find different transport or make their journey either side of the strike action.

Passengers travelling during this time should plan their travel ahead via http://www.networkrail.co.uk/wcml, with their train operator or on http://www.nationalrail.co.uk ScotRail is advising people travelling to Glasgow Green for upcoming concerts to plan ahead and to consider their...