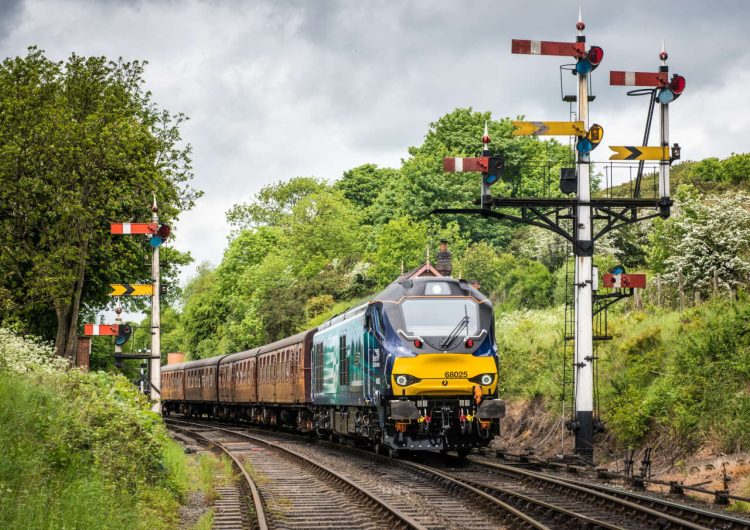 At the Severn Valley Railway’s (SVR) Spring Diesel Festival from Thursday, 19th to Sunday, 22nd May, a trio of modern freight locomotives will join Class 44 Great Gable and Class 46 46045, subject to availability.

The Diesel Festival comes on the back of a busy start to the season for the SVR, when over 7,000 visitors attended the Spring Steam Gala in April.

Featuring alongside a variety of SVR-based traction will be three engines that normally work on the main line, courtesy of Direct Rail Services (DRS), DB Cargo, and GBRf.

The exact locomotives are yet to be decided but will include a Class 66 or 68 locomotive from DRS, a Class 67 from DB Cargo, and a Class 69 from GBRf.

Direct Rail Services have agreed to make either a Class 66 or a Class 68 available for the festival, neither of which has visited the SVR for several years.

Courtesy of DB Cargo, the Class 67 will be making the type’s first visit to an SVR Gala-style event.

A class 69, No 69001, was tested at the SVR back in 2021, and one of the fleet will return to the SVR to haul its first passenger services during the festival.

Following its starring turn at the 2021 Autumn Diesel Bash, Class 31 No. 31466 is still at the SVR and will work services during the festival.

The railway hopes to announce two further visiting locomotives in due course.

Tickets for the Spring Diesel Festival can be pre-booked online at https://svr.digitickets.co.uk/category/38847, with savings made against on-the-day prices. Multi-day rovers are also available, offering further savings.

Jonathan Dunster, Chairman of the SVR Diesels Committee and vice-chairman of the Severn Valley Railway said: “We have very strong relationships with a variety of main line companies and we’re thrilled that they are prepared to support our Spring Diesel Festival in this positive way.

“We’re particularly excited by the Class 69 returning to the railway after the support we were able to give GBRf both this year and last, as they brought locomotives to us for testing before service on the main line. It promises to be a bumper event!” DB Cargo cab ride up for grabs in charity raffle