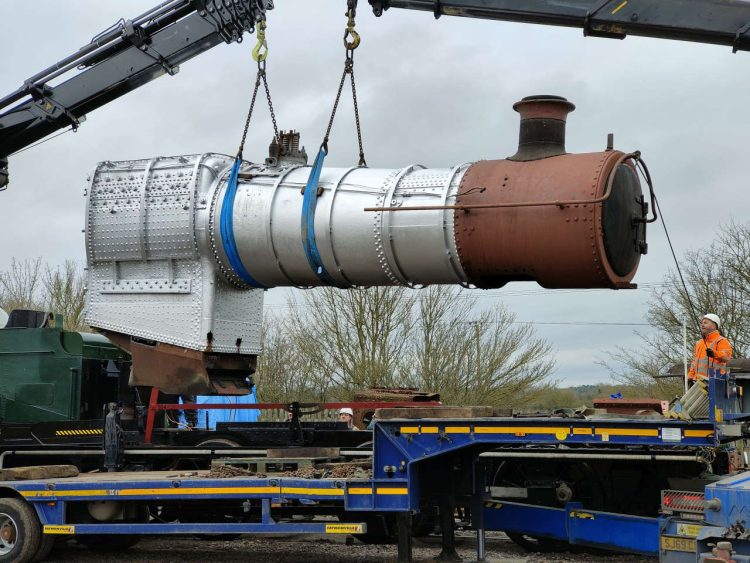 Thursday the 10th of February 2022 saw a landmark moment for the Swindon & Cricklade Railway Steam Locomotive Department (S&CR) who were delighted as they finally took delivery of the boiler of ex-GWR 66XX 0-6-2T No.6695.

The locomotive was separated from its boiler back in 2018 and this is the first time they have been reunited following an overhaul by The Flour Mill Ltd. The S&CR took over the final work of the bottom end during the latter part of 2019 which was recently completed in readiness for the return of the boiler.

“It’s so good to finally have the boiler with us, here in the steam department we’ve been working very hard to get the bottom end overhauled, ready for the boiler – and now it’s here, we’re over the moon. It’s a big milestone day for both the S&CR and the 6695 Locomotive Group.”

So far, no date has been released for 6695’s return to steam but the Swindon & Cricklade Railway is hopeful that she will be back in action on Swindon tracks over the summer months.