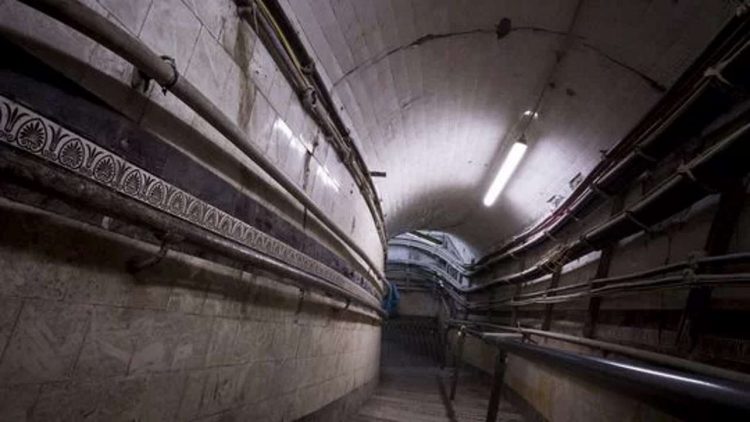 The popular series returns to Yesterday channel on Thursday the 5th of May 2022 at 8pm and also on catch-up on UKTV Play, and will explore even more amazing parts of London’s Tube network.

Siddy and Tim gain super-privileged access across the Tube network discovering even more secrets at abandoned and long-forgotten stations such as King William Street and Marlborough Road Underground stations.

The adventurous pair will also visit well-known stations like Charing Cross and London Bridge to explore disused tunnels hidden under passenger’s noses through doors and behind walls. Viewers will be amazed to find places of the Tube system such as a disused station in a back garden in the countryside.

The Elizabeth line station will also be explored ahead of opening to the public and also going behind the scenes at the London Transport Museum Depot in Acton.

Fans of the show who want to experience the secrets of the London Underground for themselves can explore some of the locations revealed in the show with London Transport Museum’s exclusive virtual and in-person Hidden London tours such as:

Other exclusive Hidden London tours of famous disused Tube stations are available including a virtual tour of Aldwych disused station on the Strand, Down Street station on the Piccadilly line between Green Park and Hyde Park which sees the remains of the Railway Executive Committee’s bomb-proof shelter where Winston Churchill sheltered during the Blitz.

Hidden London tours also do behind the scenes tours of stations that are still in use today to visit platforms and tunnels hidden out of sight of commuters. Visitors can step back in time to the abandoned tunnels which are lined with vintage advertising posters; historic engineering marvels at Moorgate, and a tour of Piccadilly Circus which sees the original Edwardian tunnels and lift shafts which have been closed to the public since the 1920s.

Those visiting Clapham South can travel 11 stories below ground and discover a mile of underground tunnels built by London Transport as shelters during the Second World War and later housing hopeful Caribbean migrants arriving on the Empire Windrush.