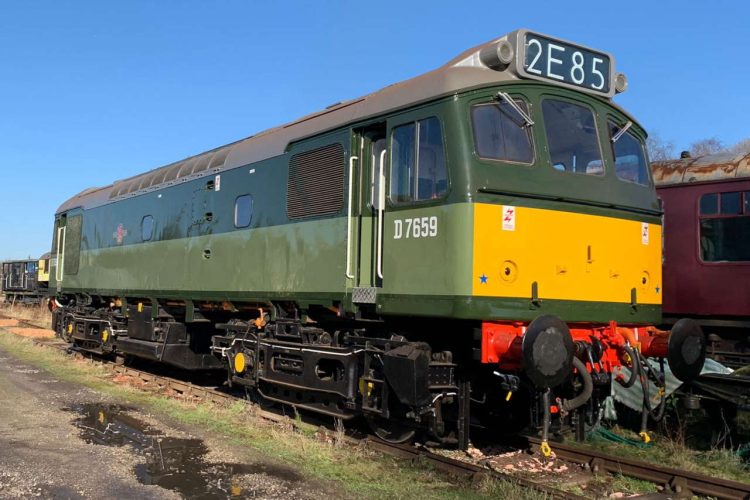 The Class 25 will be travelling from its base at Peak Rail for the event which will be taking place on the 10th, 11th and 12th of June. The Gala will see an 11 engine lineup featuring a good mix of steam and diesel locomotives, multiple units and shunters.

D7659 is owned by the Waterman Railway Heritage Trust and came back into service during the latter part of 2021 for the first time in more than 23 years following a comprehensive restoration that effectively saw the 1966 loco rebuilt. The North Norfolk Railway Gala will mark her first visiting locomotive appearance at a gala.

As the final locomotive built by Beyer Peacock and the noted Gorton Works in Manchester, D7659 saw 20 years of work with British Railways mostly in the Midlands and North West and also with service in Wales and Scotland and some summer holiday specials to Norwich during the 1970s.

Direct Rail Services will be sending a second visitor to the event which will be drawn from their stabling point at Stowmarket, the locomotive will be announced closer to the event.

North Norfolk Railway’s home fleet will also be out in operation and will include the well-loved Class 37, D6732, which recently celebrated her 60th Birthday, Class 31, D5631 and another firm favourite, London Underground liveried Class 20, 20227 “Sherlock Holmes”.

The event will also see an intensive service of passenger and parcel trains, selected double-heading, non-stop expresses and other unusual workings. The railway’s two Class 101 DMUs will also be making scheduled appearances, alongside two of the railway’s resident steam locomotives.

The line-up will also include two Class 08 shunters and it is hoped that D3940 which has recently undergone an extended overhaul and returned to service in December, will be able to make her first passenger runs. “Gronk” which was built at Derby in 1961 and usually carries out shunting duties for the Weybourne Shed, is hoped to be joining its Horwich-built classmate, D3935 in service at the Gala. At the moment, D3935 is working as the regular station pilot at Sheringham and is rarely seen on passenger duties.

Also in action at the gala will be the railway’s recently repainted 4-car suburban set alongside other rolling stock and also the lovingly restored vintage train of four- and six-wheeled carriages, some of which are Victorian. A demonstration parcels train is also hoped to be in operation and will show the kinds of trains that the branch lines would have seen working during the British Railways era.

The art-deco Gresley Buffet Car which at the moment is wearing a 1960s ‘blood & custard’ livery is also planned to be in operation providing a variety of drinks, snacks and real ales. A real ale bar is also planned for Sheringham and will feature a good selection of Norfolk ales. The Restaurant Buffet Car 1969 will also be back in action serving delicious food and notably their famous all-day breakfast!

The special event will have one, two and three-day rover tickets available with trains running from approximately 9am on each of the days. One day tickets are £22.50 when booked in advance, two day tickets cost £40 and the full three days at just £55.

“The Mixed Traction Gala promises not just a varied line-up of motive power but a host of opportunities to watch and ride the many trains that will be running. And for the enthusiasts that haven’t got time to stop for refreshments, there are buffet and bar cars included in many of the weekend’s trains!”

To find out more about the event and the North Norfolk Railway’s daily services, please visit: http://www.nnrailway.co.uk 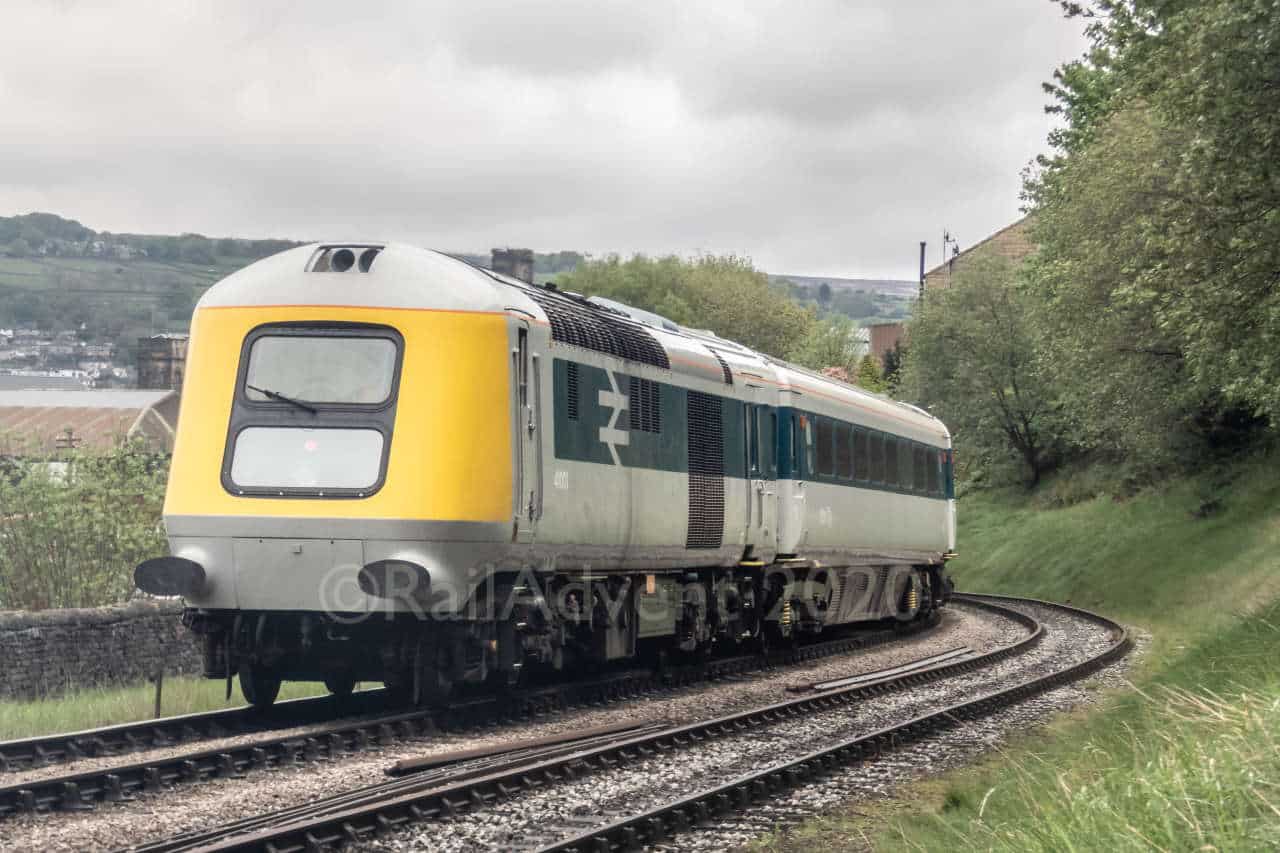 Keighley & Worth Valley 2019 Mixed Traction Gala streaming on RailAdvent Plus