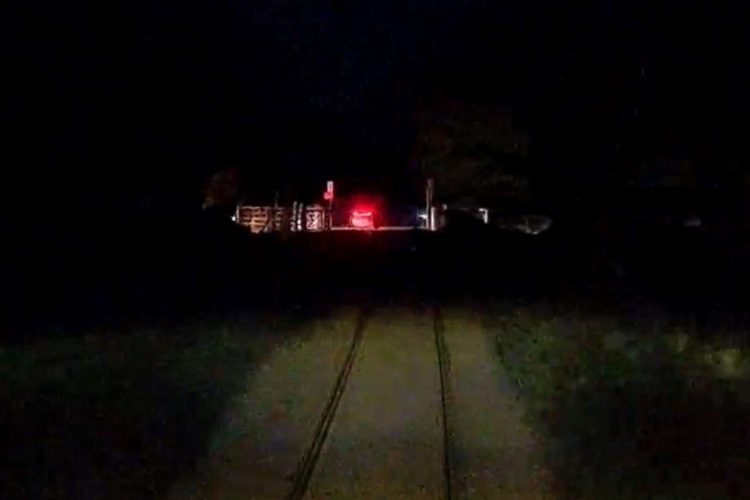 The Rail Accident Investigation Board (RAIB) has released its report into a near-miss at Coltishall Lane user-worked level crossing near Hoveton in Norfolk.

At 17:21 on 21 January 2021, a passenger train narrowly avoided a collision with two cars at the level crossing. Road traffic over the crossing was higher than usual because of drivers seeking a diversionary route following an earlier road traffic accident on a nearby main road.

Users of the crossing relied solely on telephones for warnings of approaching trains. The near-miss occurred because the car drivers did not telephone the signaller before using the crossing. The investigation found that this may have been because:

It is also possible that factors such as the increased level of road traffic may have affected the behaviour of road users and their decision-making.

The investigation also found that despite being aware of the risks it posed, Network Rail and its predecessors had not taken measures to close or upgrade the crossing.

This was possibly because Network Rail’s processes for assessing and controlling risk at the crossing did not take account of some of the factors present, leading to an incomplete understanding of the risks involved in its operation.

Also, the status of user-worked crossings on public roads was not acknowledged within relevant statutory provisions and industry guidance, and this may have affected how safety at these crossings was managed by infrastructure managers.

The Office of Rail and Road had previously taken regulatory action, but this had not resulted in action by Network Rail to address the risk at this crossing by the time the near-miss occurred.

There is one learning point that reminds those responsible for the management of safety of user-worked crossings to adhere to the principles of level crossing risk assessment published by ORR in June 2021.

Andrew Hall, Chief Inspector of Rail Accidents, said: “This very near miss involved two road vehicles and took place at a user worked level crossing on a public road. Level crossings are one of the biggest sources of risk on the UK’s railways. RAIB has investigated many accidents and incidents over the last sixteen years and noted considerable improvement in the way risk at many types of level crossing is managed. However, we feel at present the greatest scope for safety improvement exists at user-worked crossings, whether on private or public roads. The significant number of such crossings on public roads is of concern because most motorists are unlikely to be familiar with the concept of a level crossing which they must operate themselves. Because of this, they may not use the crossing safely, as was the case in this incident.

“Over more than 20 years, the railway was aware that the safety arrangements at this crossing should be improved, but it seems that bringing about such change was too difficult. The regulatory structure in place to oversee level crossing safety did not result in action being taken at this crossing in time to avoid this incident.

“Our recommendations seek to promote safety improvements at user-worked crossings on public roads and to check that regulatory actions being taken to make such improvements easier to achieve have the desired effect.”