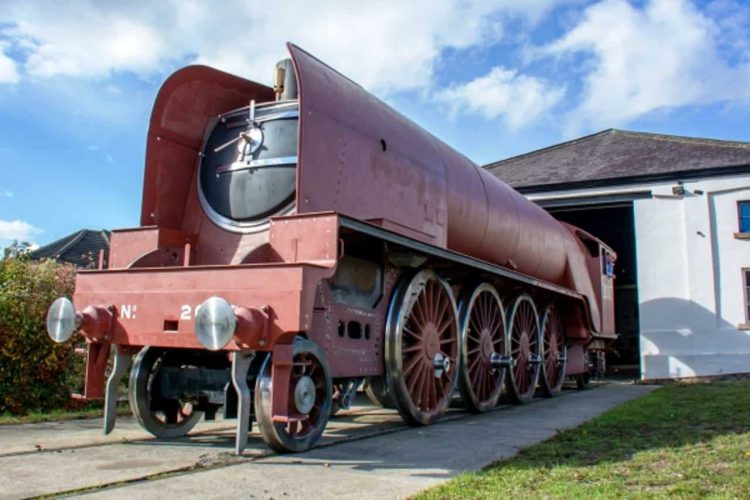 The P2 Steam Locomotive Company has released the latest update on progress to build a class P2 2-8-2 Mikado.

Sir Nigel Gresley designed P2s to haul 600-ton trains on the arduous Edinburgh to Aberdeen route and were the most powerful express passenger locomotives to operate in the UK.

Work is progressing well on the new-build P2 2007 Prince of Wales. Although news of bright, shiny components being added to the locomotive rightly makes the headlines, this latest report details work taking place in the background. This is to secure the necessary certification and approvals to support the locomotive entering service to work rail tours on the main line.

This will be based on the approach that was used successfully for Tornado. However, since then, certain things have changed in the world of railway certification and approvals. The requirement now is to demonstrate a combination of ‘technical compatibility’ and ‘safe integration’.

The top-level document is the Certification and Registration Strategy. In 2021, this document was drawn up and was reviewed and accepted by 2007’s certification body, Ricardo Certification Ltd. It has now been forwarded to the railway regulator, the Office of Rail and Road (ORR). Although the project is awaiting feedback from the ORR, in the meantime, various individual work streams referred to in the document can still be worked on.

Most recently, the project has contributed to some collaborative certification work with several other new-build groups including the Patriot, Clan, and B17 projects.

A joint meeting took place in January at the premises of CTL Seal Ltd in Sheffield, where several aspects of the certification process were discussed, notably the generic parts of the risk analysis work to support the ‘safe integration’ aspect of the approvals.

Ricardo Certification Ltd attended the meeting to witness the exercise, splitting their costs equally between all groups present, which represented a small but welcome cost reduction. Further stages of the process will be undertaken in a similar manner where the opportunity presents itself. The Rail Accident Investigation Board (RAIB) has released its report into a near-miss at Coltishall Lane level crossing...