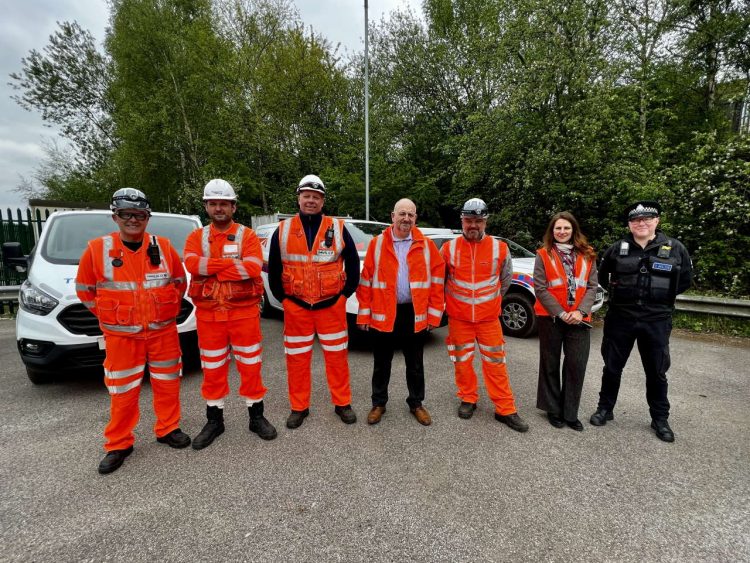 Since April 2021, signalling cables, electric wires and metal equipment have been stolen from areas such as Rotherham, Sheffield and Aldwarke at a cost of more than £280,000 for Network Rail and as an arms-length Government body which means the cost comes back to the taxpayer.

The illegal activity has also meant that passengers have seen travel delays of 89 hours over the last 12 months as each of the offences creates extensive disruption. Trains are brought to a standstill when a cable is cut which creates delays and makes for a knock-on effect across the network.

Offences have seen a rise over the past month due to the increase in copper prices with incidents being reported every day during the first week of April.  Without exception, cash trades for scrap metal are illegal and are subject to unlimited fines.

Network Rail and the British Transport Police are working together and using new methods to catch thieves in the act in order to take them to court. Successful prosecutions have taught the teams that an increase in proactive patrolling and the use of real-time surveillance for hot spot locations is a strong approach.

Olga Barannikova, Area Customer Services and Performance Manager for Network Rail, said: “The impact of railway cable theft mustn’t be underestimated. Not only does it waste taxpayers’ money and frustratingly make passengers late, but it also holds up the delivery of important freight supplies and takes key railway staff away from their work.

“We’re constantly finding new, clever ways to catch offenders, and I know that this new push with the BTP will help us to hammer home that criminal behaviour – trespass, vandalism and theft – will not be tolerated on Britain’s railway.”

PC Darren Martin from BTP’s disruption team, said: “The theft of cable from the railway is far from a victimless crime.

“It costs the rail industry millions of pounds each year, causing delays and increases in costs to projects which have a knock-on effect on passengers.

“Everyday rail users feel the impact on their journeys when thieves strike and ultimately it is the taxpayer who forks out.

“Just like ourselves and Network Rail, the courts also take the theft of cable extremely seriously and we will do all we can to bring those responsible to justice.

“We continue to work with Network Rail to modernise and enhance our resources to catch cable thieves in the act – I would assure those responsible for the recent spate of cable thefts in south Yorkshire that it is only a matter of time before they are caught.”