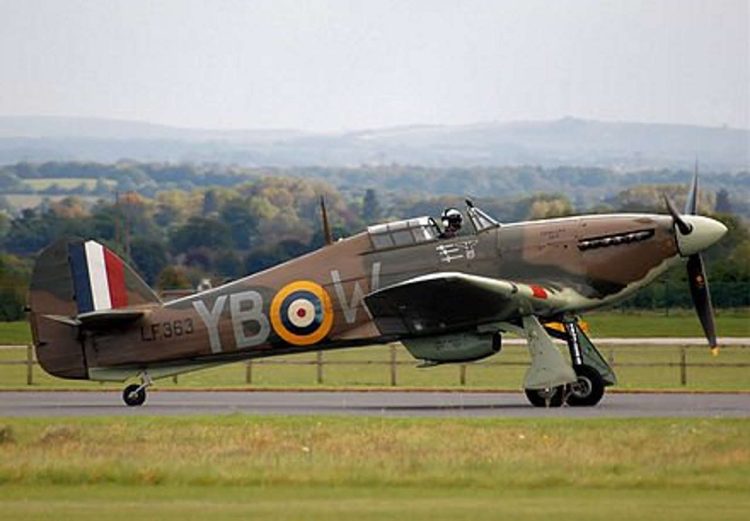 A Hawker Hurricane IIc from the Battle of Britain Memorial Flight will be performing a flypast at the Mid-Suffolk Light Railway (the Middy), at Brockford station just outside Wetheringsett near Stowmarket in Suffolk on Saturday 28th May, subject as always to ‘weather permitting’.

The Hurricane was the main aircraft of RAF Fighter Command squadrons during the Battle of Britain, where it equipped 32 squadrons between July and October 1940.

Despite being overshadowed by the Spitfire, the Hurricane was responsible for 60% of German losses during the battle. During World War II Hurricanes saw action in Northern Europe, North Africa, and the Far East where it was mainly used in the ground attack role. Over 14,500 were built up to the end of production in 1944, with 17 still in airworthy condition.

‘Middy in the War Years’ has grown from small beginnings to become one of the largest events in the railway’s calendar. Along with many visiting displays and vehicles, a number of quality re-enactors help create a great 1940s atmosphere.

This year’s event will be held on Spring Bank Holiday weekend, Saturday, 28th, and Sunday, 29th May.

Britain’s railways played a major role in the war effort and the Mid-Suffolk Light Railway was no different. It became important after 1942 when the USAAF moved into airfields at Mendlesham and Horham. The Middy had never been so busy as during the war years, and never would be again after the war ended, so this event is our tribute to those who served to preserve freedom both at home and overseas in those dark years between 1939 and 1945.

The distinctive sound of the Rolls Royce Merlin engine always adds to the atmosphere of the 1940s at the Middy and the railway looks forward to seeing and hearing this iconic aircraft again.

The Hurricane will also be visiting on the Platinum Jubilee Celebration Steam Railway Day on Sunday, 5th June. A buzz for the community as Essex village named ‘Bee Friendly’