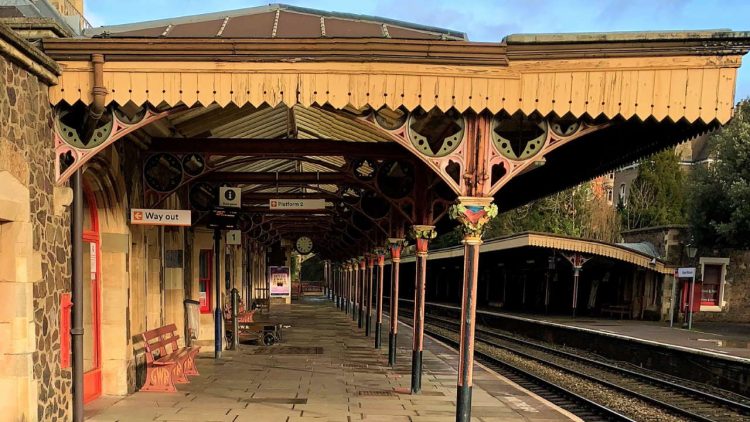 The Worcestershire station’s canopies will see the overhead glazing replaced and the decorative ironwork repainted as part of a £4m investment by Network Rail.

Great Malvern station first opened in 1860 as part of the Worcester and Hereford Railway and received Grade II listed building status back in 1969. Even though the station is 162 years old, it has kept its beautiful Victorian features such as detailed cast-iron girders which are supported by stunning sculptured floral arrangements.

The restoration of the canopies is now underway and is expected to finish during the early part of 2023. The work won’t affect train services, however, passengers are being advised that the look and feel of the station will be different whilst the programme of work is carried out.

“It’s great to be returning to Great Malvern again and investing a significant amount to improve this picturesque station and secure its future for the next generation.

“Working on the canopy roofs and repainting the ironwork will not only benefit local people but also tourists who travel to the area and nearby Malvern hills.”

“Great Malvern is a truly unique station which is regularly rated as one of the most attractive in the region. We are delighted to work with Network Rail to deliver this significant investment which will keep the station looking its best for many years to come.

“The station will look a little different for our customers while the work is completed but I am pleased that train services will continue to call at Great Malvern as usual throughout.”

The station has also seen £8,000 invested into the repair of its station clock which had been stuck on the same time for more than three years.

Network Rail is striving to develop the railway for use into the future whilst being careful to preserve its heritage.

To find out more about Network Rail’s conservation work throughout the network please visit: http://www.networkrail.co.uk/working-with-railway-heritage