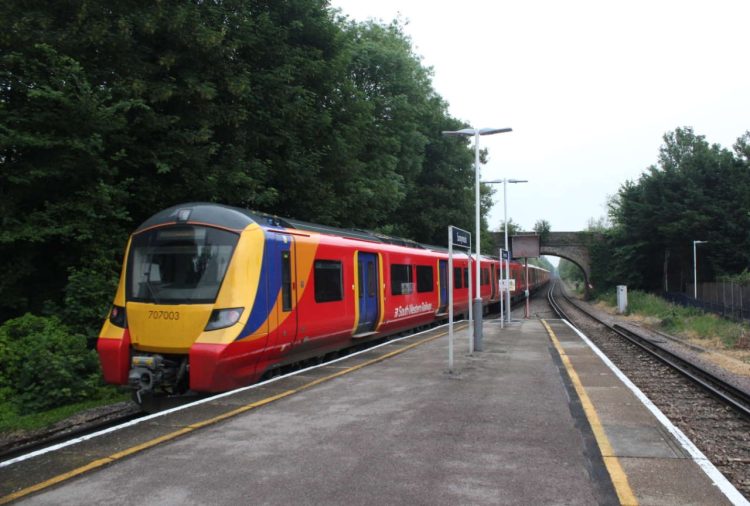 The ‘Thank God It’s Thursday!’ (TGIT) campaign by South Western Railway is calling on co-workers to put on their ‘out of office’ and enjoy a free round on them each Thursday through April in a bid to encourage colleagues to get together in this time of remote working.

Part of the ‘new normal’ is seeing Thursdays becoming the new Friday and South Western Railway wants to encourage the much-missed post-work gatherings in order to remind people of how much fun can be had in the office, with fellow team members able to claim their first round for free starting on Thursday the 7th of April.

Funding for TGIT has been put in place after research carried out by South Western Railway reveals that 53% of British workers are spending less time in the office after the pandemic and as a knock-on effect, post-work socials are yet to recover which in turn leads to a negative effect on both sociability and confidence.

Research that saw 2,000 office workers across the UK found more than 37% of workers reveal that they have forgotten how to socialise following the pandemic, and 22% reported that they now feel less confident. Across the country, people are crying out for reconnection with the research showing that 55% miss workplace banter with team members.

One of the biggest positives to come out of the research was that 66% of people felt positive about getting back into the office and being able to see colleagues, with 26% of people reporting that they miss their work friends and the sad fact that just 16% of colleagues are meeting up once a week which is a fact that inspired South Western Railway to step up!

William Hanson, etiquette consultant to the stars says: “Our much-missed after-work soirées are not only the highlight of the working week, but key for developing relationships with colleagues, and will help to restore the confidence lost over years of working in isolation. When you do start to get back together, however, please remember to not chew the boss’s ear too much, and leave some of the snacks for others.”

South Western Railway’s TGIT fund has been specifically organised to encourage colleagues to reconnect after work on a Thursday and offers their first round on them, as a surprising 51% of people revealed that they would be more likely to go out with work mates if the first round was free.

The promotion will run from Thursday the 7th to Thursday the 28th of April with availability being on a first come first saved basis each week. In order to claim your free round follow and tweet: @SWR_TGIT with ‘#TGIT’ every Thursday between 2 and 5pm.