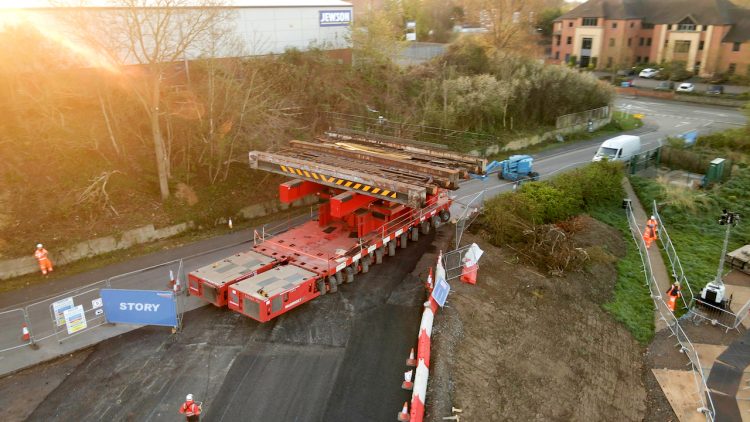 An array of essential upgrade work was carried out between Friday the 15th and Tuesday the 19th of April and saw Network Rail teams undertake the vital work in a bid to bring improvements for passengers and freight services on the West Coast main line.

The work has seen an investment of £22m throughout the entire Network Rail North West and Central region and includes:

Rail services are now back to normal following the huge upgrade programme and Network Rail wishes to thank passengers for their patience.

“Hundreds of frontline staff worked throughout the bank holiday to improve journeys for passengers and freight in the North West and Central region and I’m immensely proud of them and our contractors who helped Network Rail deliver these major upgrades. This is just the start of 2022’s work to make the West Coast mainline more reliable for our passengers and pave the way for HS2, Britain’s new zero-carbon railway.”

“Now our attention turns to the Early May Bank Holiday when more essential railway improvements will take place. Once again, Euston station will be closed so passengers are being urged to travel either side of the bank holiday on Friday 29 April and Tuesday 3 May.”

Further work will be carried out during the Early May Bank Holiday and will see a further £19.1m invested and will also improve passenger and freight journeys into the future

The work is set to be carried out between Saturday the 30th of April and Monday the 2nd of April and will see vital track upgrades in Watford and Wembley as well as work to build Britain’s new zero-carbon railway HS2.

Similar to the Easter period, trains will start and finish at Milton Keynes.

Advice from Network Rail suggests that the best time to travel would be Friday the 29th of April or Tuesday the 3rd of May.

Passengers travelling through the period of work should expect to experience longer journeys, fewer available seats and may need to use rail replacement buses.

Other vital works being carried out and requiring the railway to close for periods between the 30th of April and the 2nd of May are as follows:

Across the country, Network Rail will invest £70m on 550 upgrade projects on the railway over the Early May Bank Holiday period.

Passengers are advised to plan their travel ahead via http://www.networkrail.co.uk/wcml and also to check with their train operators or by visiting http://www.nationalrail.co.uk for the latest journey information.