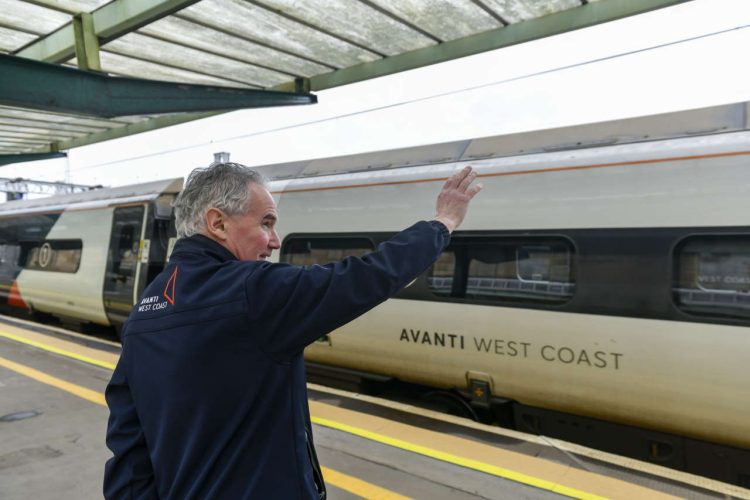 An Avanti West Coast employee has retired after 50 years of service working on the West Coast Main Line.

His final shift was on 31st March, and it also signalled the end of his family’s long connection to the railway industry as he is the last member of his family to retire from the railway.

Tommy joined the railway in 1971, aged 15, following in his family’s footsteps working on the West Coast Main Line. Tommy’s uncle worked at Carlisle Canal shed until its closure, then transferred to Watford, which was where Tommy began his career in July 1971.

In 1983, he moved back to Carlisle as an Area General Purpose Relief (GPR) at Carlisle Yard, where he was responsible for covering different jobs between Carlisle and Oxenholme.

He was appointed a Freight Service Manager in 1992, before returning to the passenger railway in 1994 at Carlisle station. Tommy has been based there for nearly 30 years in various roles from Customer Service and Retail Assistant, to GPR and Team Leader.

Clocking up half a century on the railway, Tommy follows his cousins, Stan, who was a Train Driver for 50 years, Ron, who worked in accounts for 46 years, and Tony, who worked at Euston and Watford for 40 years.

The railway has also played a key role in Tommy’s personal life. He is an avid Carlisle United fan and travels by train across the UK to watch his beloved Blues play. Once he’s hung up his dispatch baton and whistle, Tommy plans to continue following his team and enjoy retirement by travelling with his wife.

To mark the end of his 50-year career, Avanti West Coast’s Managing Director, Phil Whittingham, presented Tommy with a framed print of his service report. That detailed the various roles he had held at Watford, London Euston, and Carlisle. Colleagues at Carlisle gathered at Tommy’s presentation to give him a round of applause and good luck wishes.

Reflecting on his railway career, Tommy said: “I’ve really enjoyed my time on the railway and had a good career. I love Carlisle station – it’s my home station, where I’ve spent most of my working life, but it’s the people that make it. I’m going to miss my colleagues and look forward to seeing them when I travel by train to watch Carlisle United.”

Michael Byrne, Avanti West Coast Station Manager at Carlisle, said: “Tommy is a well-loved member of the team, who will be sorely missed by everyone here in Carlisle. He’s a rare breed of railway staff, his dedication has always been unwavering. He’s conscientious and there isn’t anything he doesn’t seem to know!

“Tommy’s knowledge of the railway is extensive and invaluable – everyone seems to turn to him when they have a query. It has been a pleasure working with Tommy and we all wish him the very best for his retirement.” The network of weather stations is coming into use for the first time and will cut delays on...