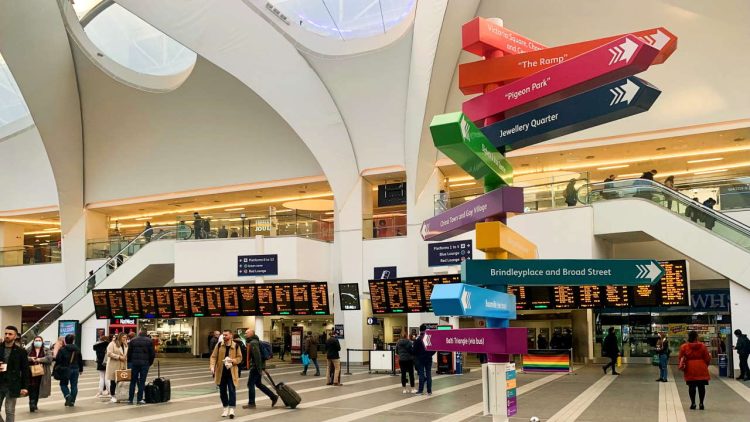 The massive summer sporting event has seen Network Rail teams hard at work in preparation for the increase in visitors and getting the railway in its best shape in order to support the games through July and August.

To enable the railway’s peak fitness for customers travelling during the games, Network Rail has:

Network Rail has also introduced its three golden rules for passengers travelling by train during the Commonwealth Games:

Improvements will be ongoing at train stations in order to get them into podium position before passengers arrive.

Leamington Spa station forecourt and underpass are currently being transformed in order to give a cleaner, brighter welcome for spectators of Lawn Bowls and Para Lawn Bowls.

Smethwick Galton Bridge will also see its installation of lifts project sped up in order to make sure that they are working for attendees of the Sandwell Aquatic Centre during the Games.

Coventry station is undergoing a huge makeover which includes a new bus interchange which will make life much easier for passengers using the station during the Games period and beyond.

“We’re pulling out all the stops to get ready for the million extra journeys we’re expecting while the Commonwealth Games are taking place so that passengers can get to the Games safely and reliably.

“It’s great to be able to welcome so many extra passengers to the station and we’ll have extra staff and volunteers on hand to make sure visitors to the Games get off to a winning start.”

“With more than a million spectators expected for the Games, we need to make it as easy as possible for people to leave the car at home and go by public transport. This will help us manage congestion and emissions and keep the region moving during what will be a very busy time.

“The rail network will play a key role in getting spectators and visitors to their venues and our new station at Perry Barr along with investments into Coventry and University stations will leave a lasting legacy for passengers.

“But planning for such a major sporting event is always a challenge and it has seen a tremendous collaborative effort across the rail industry with WMRE, Network Rail and all train operators working together through the Grand Railway Collaboration.”

With millions of extra passengers expected, all rail passengers can expect the rail network to be busier during the Games, which take place from Thursday the 28th of July until Monday the 8th of August.

For events taking place in the West Midlands, tickets will include access to public transport for the local area on the day of the event, further details about this are set to be released.

Passengers should check their travel via http://www.nationalrail.co.uk for the latest journey information ahead of and during the Commonwealth Games.

*The mobile incident vehicle called an Emergency Intervention Unit (EIU) is filled with the latest technology and equipment and gives full command and control facilities that better support dealing with emergency incidents on the Midlands rail network. The vehicle includes a drone, winch, toilet, cooking facilities, plugs and screens and when supported by the British Transport Police has blue light capabilities to further increase the speed of incident response.