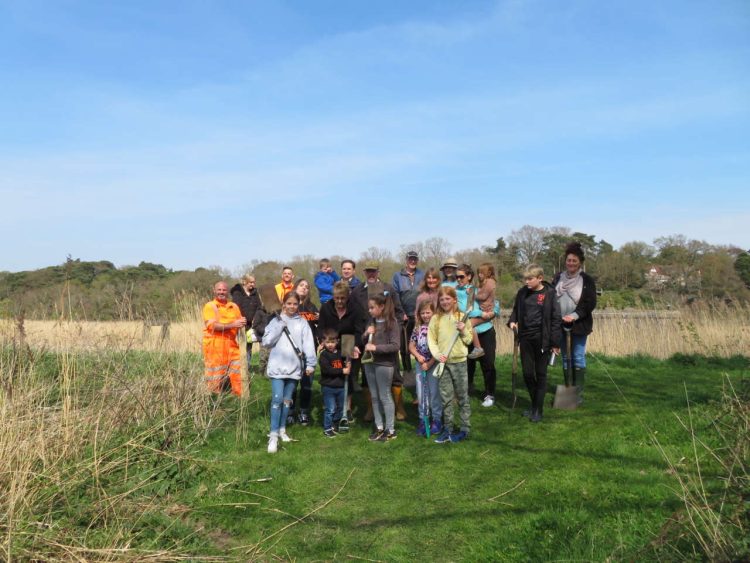 The tree planting took place on Friday the 15th of April and saw Network Rail staff members and volunteers from the railway family alongside the local community working together.

In total, 100 trees were planted and were made up of three varieties which were selected as they suit the local soil conditions.

Railway neighbours living in the hamlet which was originally made to support the well-used rail junction also volunteered their time for the planting project.

The planting comes as part of Network Rail’s replanting scheme, which is a bid to replace vegetation removed from beside the railway.

Safety comes first in the running of the railway and vegetation can create risks. However, Network Rail is committed to retaining, protecting and replanting where it is possible to do so.

The planting of the trees near Haddiscoe station was organised and run by Liam Allen, who is Network Rail’s route engineer for Anglia. Liam said:

“Replanting is really important and plays a big part in helping the environment and to sustain habitats. We’ve researched the area to choose the correct species for this location so that they have the best chance of growing into mature trees.”

Liam took the initiative to invite members of the railway family as well as the local community to support the project, he went on to say: