Winners of Young Railway Photographer of the Year competition announced 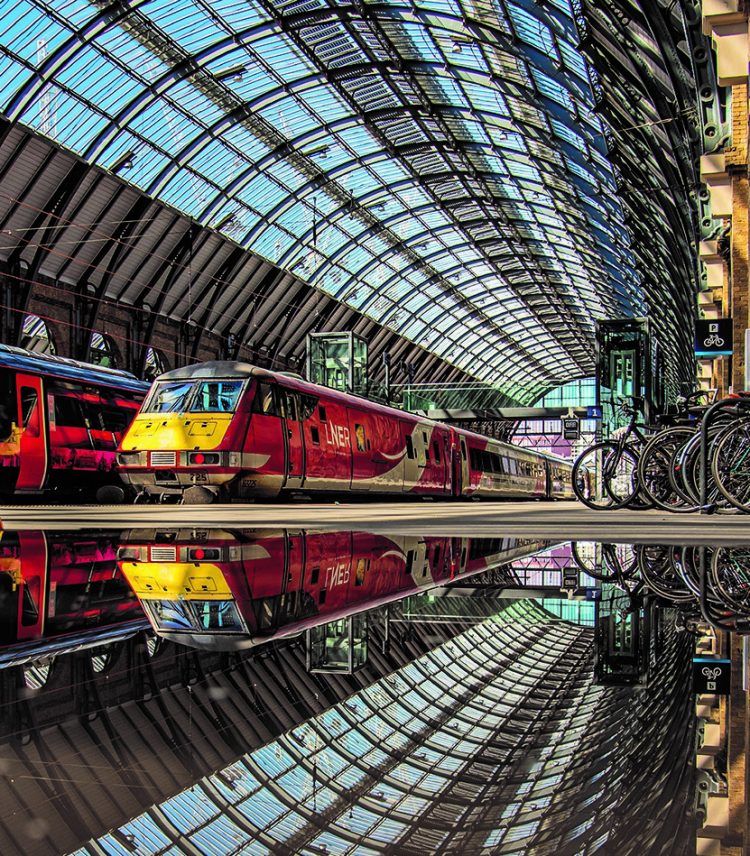 The first-ever Young Railway Photographer of the Year competition has concluded with the winners announced at an award ceremony held at the NRM and hosted by Chair of Network Rail, Sir Peter Hendy.

17-year-old Sean Mattocks and 20-year-old Bradley Langton were named as the NRM’s Young Railway Photographers of the Year.

The competition was organised by the well known Railway Photographic Society and celebrates its 100th year. Over 150 young people, some of whom were just 8 years old, put forward their best work in a bid to win ‘the Young Railway Photographer of the Year’.

Bradley Langton who is 20 and from Driffield in East Yorkshire put forward an impressive and technically accomplished shot using a reflected scene of an LNER Class 91 locomotive at London King’s Cross station and was named as the overall competition winning image.

Bradley Langton told RailAdvent “I feel extremely grateful, overwhelmed and proud for my success in the first Young photographer of the year competition. With over 900 images submitted from over 150 entrants overall, i came first place in the 19-25 category and was declared the overall winner of the competition. The images i submitted were chosen based on how they reflect my photographic styles and techniques, and how i use challenges and attempts to be different to my advantage, and this can be seen on the overall winning image of my own which features an LNER 225 set departing Kings Cross station in London, reflected in a puddle that i came across on the platform. I had the most enjoyable evening at the event, and enjoyed seeing all the other submissions that were displayed during the exhibition. I look forward to making full use of the prizes i won, and continuing to grow and lead as an example in railway photography.”

The competition saw entries for two age categories, those aged under 19 and those aged 19 to 25.

Winner of the 19 to 25 category Bradley Langton entered a collection of photographs which included a magnificent shot of Glenfinnan Viaduct in the Scottish Highlands which is well known for being in the Harry Potter Films. Second place saw Liam Barnes who is 20 and from Rossendale and third place went to Dylan Robinson who is 19 and from Cradley Heath.

Competition organiser John Hillier, of Railway Photographic Society and Bahamas Locomotive Society, said: “I would like to congratulate our competition winners. I extend my thanks to everyone who took part, despite the difficulties presented by Covid-19 and to our sponsors, and Network Rail and the National Railway Museum in particular for their enthusiastic support. Judges were impressed with the standard of entries which covered a wide range of subjects and locations across the UK, celebrating the richness of our railways.

“The overall winning entry from Bradley Langton is a picture of high technical merit with some great colours and definition. It portrays a blend of the traditional and modern and is the ‘stand-out’ shot of the railways today and a worthy winner.”

A temporary exhibition of 48 images from the competition including all of the category winners will be on display at the NRM York in the museum’s Great Hall and will move to Locomotion in Shildon from June 2022.

Charlotte Kingston, Head of Interpretation and Design at the National Railway Museum, and competition judge said: “The National Railway Museum is proud to support this inaugural competition which aims to celebrate our shared love of Britain’s railways and to inspire the next generation of young people. I was highly impressed by the range, quality and professionalism of our entrants and we will be displaying a selection of the best photographs in Great Hall alongside the stars of our collection.”

The winners will receive a selection of prizes such as photographic equipment, railway books, photography training opportunities and a behind-the-scenes tour of the NRM. Part of the prize also sees Network Rail provide the overall winner with a chance to photograph the Forth Bridge in Scotland.

A 288-page book has been published by Silver Link Publishing and Morton’s Books which includes the majority of competition entries along with the winning images.

You can see more of Bradley’s photos by clicking here.