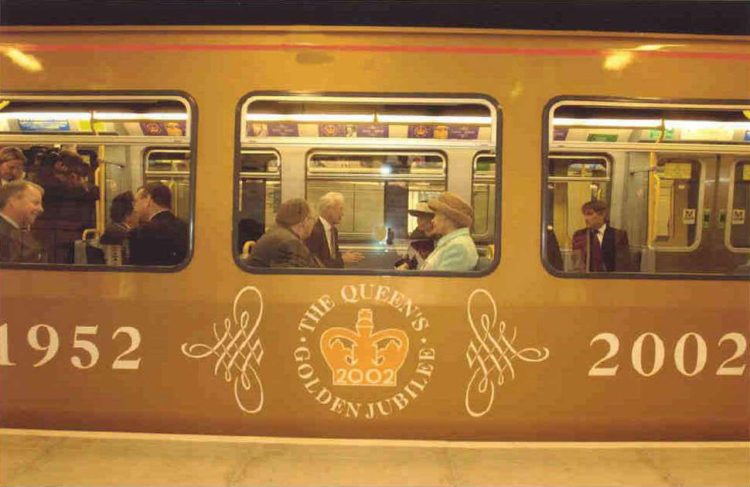 On Thursday, 31st March, the Tyne and Wear Metro’s Sunderland line celebrates its 20th anniversary, having carried 138 million customer journeys since it first opened to the public two decades ago.

The £100m line opened for passengers on 31st March 2002 and was officially opened by Her Majesty The Queen in a ceremony at Park Lane Interchange on 7th May 2002.

Branching off from the original Metro tracks at Pelaw in South Tyneside, the line continued through Sunderland city centre to the terminus station at South Hylton.

The Metro route into Sunderland runs for 14 km over existing railway track to a point just beyond Sunderland station before covering 4.5 km of new track along the former Sunderland to Durham rail line between Sunderland Civic Centre and South Hylton. In a first for the UK, Metro services between Pelaw and Sunderland share the route and track with heavy rail traffic.

Twelve stations were added to the Metro system for the extension. Eight new stations were built: at Fellgate, Stadium of Light, St. Peter’s, Park Lane, University, Millfield, Pallion, and South Hylton. Improvements were made to four existing stations: at Brockley Whins, East Boldon, Seaburn, and Sunderland.

Chief Operating Officer at Nexus, Martin Kearney, said: “The Sunderland Metro line has been such a success – carrying 138 million customers since it opened – and we are delighted to be celebrating its 20th anniversary.

“The line provided Sunderland with a fast, frequent, and reliable transport link which has become part of everyday life in the city. People rely on it every day to get to places of work, school, college, and for leisure activities. It is a vital strategic transport corridor.

“It was a complex project to complete, being was the first line that saw Metro services shared on a Network Rail line that carries heavy rail trains too, including passenger trains and freight trains.

“A huge amount of work went into winning government support for the project and then all of the construction phase that followed. What is there today is testament to all the hard work that was put into winning funding and making the scheme a reality. It continues to be a success story for Sunderland, and it was fitting that the line was formally opened by the Queen during a visit in May 2002.

“We look forward to the future and to our first new Metro trains running on the line next year.” Northumberland schoolchildren have been treated to a glimpse into the future as they travelled on special trains between...