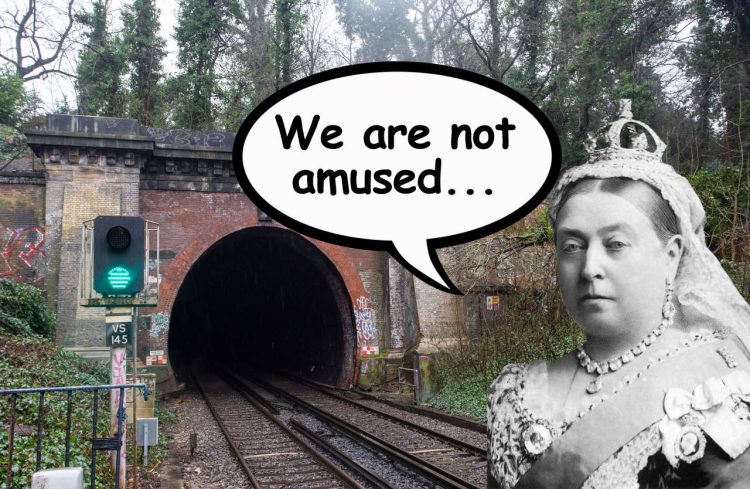 Network Rail will carry out the work on Penge Tunnel over a period of 9 days from Saturday the 23rd to Sunday the 31st of July 2022.

Engineers will replace the tracks through the tunnel between Brixton and Beckenham Junction in South London with the work set to bring improvements in reliability.

Queen Victoria was the first monarch to travel by train and did not like travelling through tunnels, especially the 1 ¼ mile-long Penge Tunnel which meant that a complete overground ‘loop’ was built via Catford so that she could make journeys between Bromley and Victoria missing out the dreaded tunnel.

The £4.55m project will extend the lifespan of the Victorian tunnel further and will see engineers replace 3,970 metres of track using engineering trains, road-rail vehicles and other heavy machinery in order to complete the work.

The project comes as part of the £1.25 billion South East Upgrade programme which is investing in the railway throughout the Kent route.

“We understand that it’s frustrating for passengers to hear those dreaded announcements about signalling or track faults – older track is more prone to problems and so needs more maintenance.

“That’s really challenging to do at Penge because the tunnel is 1.25 miles long. Lifting and replacing track inside the tunnel’s tight confines is no mean feat.

“We recognise this major work will be disruptive for passengers, but it’s important we get it done as quickly as possible.

“Most of the track, including the rail sleepers and ballast, are now over 30 years old and some even dates back to the early 1970s – making it more than half a century old in places.

“The end result will really make a difference to passengers, with the new track providing more reliable journeys for many years to come.”

“We know there’s never a good time to do it, but this essential work by Network Rail is vital to ensure smoother and more punctual train journeys in south London for many years to come, as we win back our customers and reverse the shift from public transport to cars that occurred during the pandemic.

“We know people will want to plan ahead, so we’ll make sure that our passengers travelling between Brixton and Beckenham Junction are well informed with advice about alternative routes to make their journeys over this nine-day period as smooth as possible”.

Berkshire community hero has GWR train named in her honour