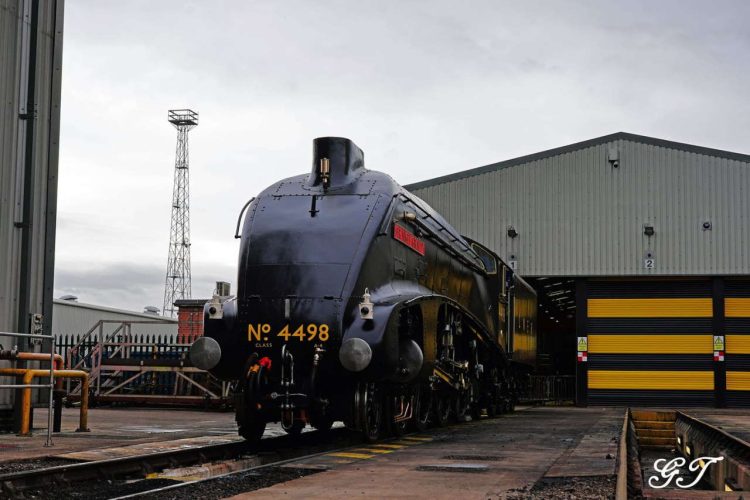 Taking place between the 22nd and 25th September, the Autumn Steam Gala will see visitors and NYMR home fleet locomotives take to the tracks for a busy weekend of passenger and freight trains.

The good news comes a day after the Severn Valley Railway confirmed that the A4 will be appearing for their Spring Steam Gala, set to take place between the 21st and 24th April.

Whilst 60007 will appear in LNER Wartime Black at the Severn Valley Railway, which it is wearing for running in purposes, the SNGLT says that the A4 will appear at the NYMR’s gala in its BR Blue livery.

After the Autumn Steam Gala, the Sir Nigel Gresley Locomotive Trust says that it is likely to stay at the North Yorkshire Moors Railway for a few weeks to take part in other events.

The SNGLT’s Michael Wilson said in a statement, “The Sir Nigel Gresley Locomotive Trust is pleased to announce that, subject to successful completion of the running-in, Sir Nigel Gresley as LNER No. 4498 will participate in the Severn Valley Railway gala 21-24 April. We can also announce that the locomotive is expected to attend the North Yorkshire Moors Railway Autumn Gala (22-25 September) as BR 60007 after which the locomotive is likely to stay at the NYMR for a few weeks to take part in other events.” Why not spoil your dad or father figure this Father's Day with a visit to the North Yorkshire...